Italian Deputy Prime Minister Matteo Salvini accused France on Tuesday of destabilizing and impoverishing parts of Africa and subsequently fueling the migration crisis -- the latest in a diplomatic spat between the two countries.

"The migrant problem has many causes," Salvini said, according to Italian news agency ANSA. "In Africa some take away wealth from the people and the continent and France is among them."

He also accused France of having “no interest in stabilizing” the situation in places like Libya, adding that France “has little to get angry about because it has turned back thousands of migrants, including women and children, at the border,"

"I don't take lessons on humanity and generosity from Macron,” he later added.

Salvini -- who serves as Interior Minister in the coalition government of his nationalist party, League, and the radical 5-Star Movement -- was backing up comments made by his 5-Star counterpart Luigi Di Maio.

Di Maio sparked a diplomatic incident when he said earlier this week that France “impoverished” Africa and said that “in order to keep the Africans in Africa, it would be enough for the French to stay home.” ANSA reported that France's foreign ministry summoned the Italian ambassador in response to Di Maio’s remarks.

Italy and France are at loggerheads over their approach to migration, with Italy’s nationalist-populist government taking a more hardline approach to immigrants -- particularly those traveling from Libya. Italy has enraged other European Union leaders by refusing to take migrants picked up on NGO rescue boats -- although this month it reluctantly agreed to take around 10 migrants.

Meanwhile, Macron has positioned himself as spokesman for a more internationalist approach, and has criticized those seeking to reduce immigration even as his government has moved to tighten asylum restrictions in France. 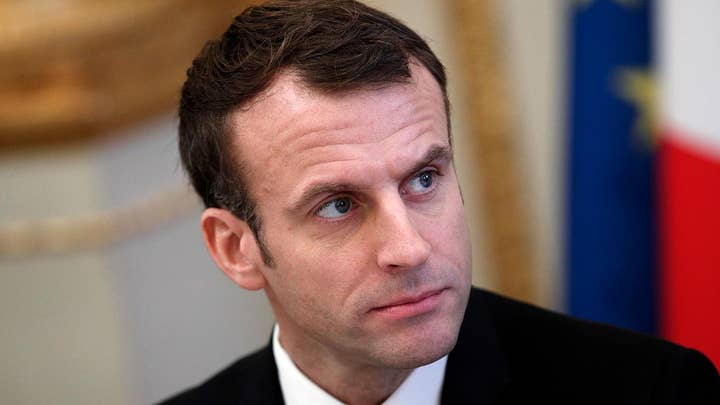 Paris, meanwhile has been facing a fresh migrant crisis of its own as more than 2,000 migrants from Africa and the Middle East are sleeping in the open in the city, less than a year after the government evacuated a number of makeshift camps around the capital.

A French presidential source on Tuesday told Reuters that populist forces in Italy and other countries were looking to undermine countries like France and Germany ahead of the European elections in May.

“The European elections will be the place where we confront those — as you can see again today with the ludicrous comments from the Italian government — who seek to destroy the European project and the Franco-German partnership,” the source said.