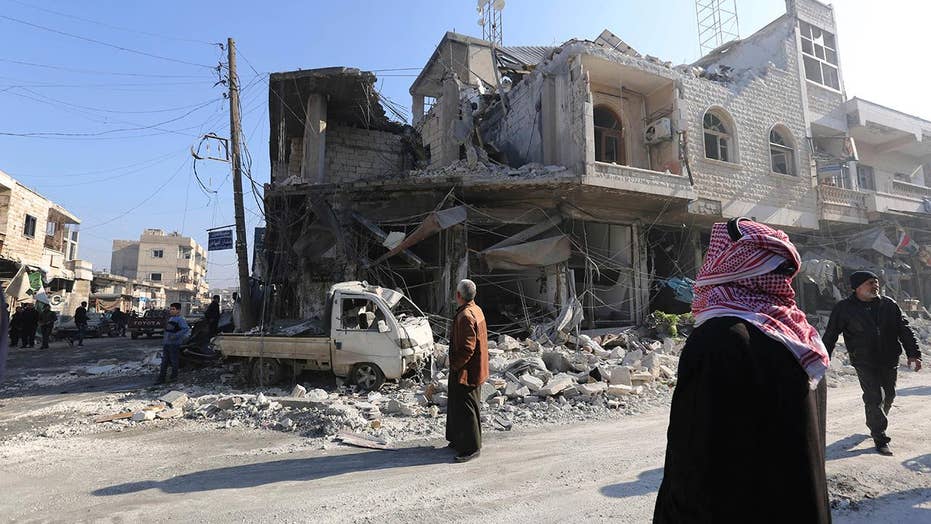 Israeli airstrike under way in Syria

Israel conducted an airstrike into Syria on Sunday night as air defenses in the country opened fire on missiles that had entered, state media reported.

Residents in Damascus said explosions could be heard near the capital; there were no immediate reports on casualties.

Syrian state TV gave no further details, though said one of the Israeli missiles was shot down near the Damascus suburb of Aqraba.

There was no immediate comment from Israel, who told Fox News they don’t comment on foreign media reports of airstrikes attributed to the Jewish state.

Fox News correspondent Trey Yingst reported Sunday that explosions were also heard in the city of Homs, in western Syria, that is also home of a base that is linked to Iran.

The Britain-based Syrian Observatory for Human Rights, an opposition war monitoring group that has activists around the country, said the missile attack targeted Iranian and Syrian military positions near Damascus.

Israel has repeatedly struck Iran-linked targets in Syria in recent years and has warned against any permanent Iranian presence on the frontier.

Also in November, Israel killed a senior commander of the Palestinian Islamic Jihad, an Iran-backed group in the Gaza Strip, setting off two days of heavy fighting.

The attempt was seen as underscoring the risk of escalation at various pressure points across the volatile region.

Iran has forces based in Syria, Israel’s northern neighbor, and supports Hezbollah militants in Lebanon.