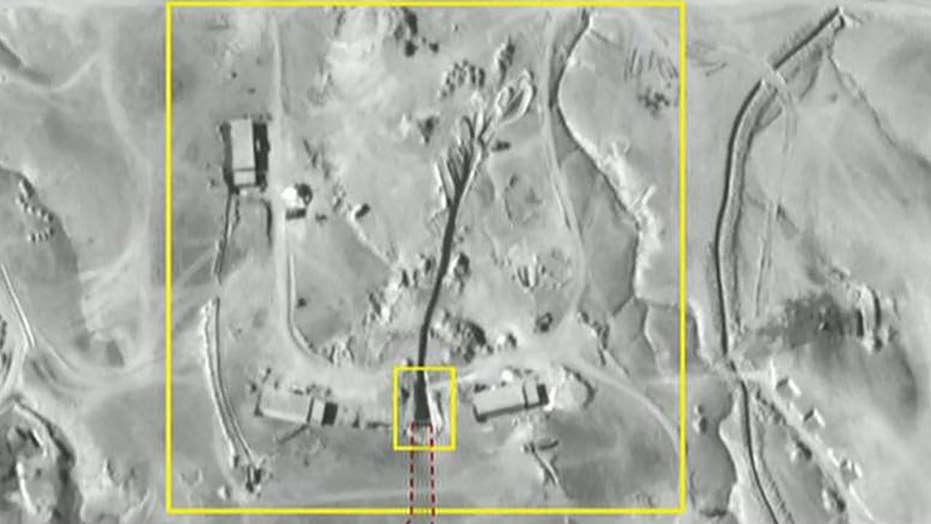 New images show Iran has nearly completed a tunnel in Syria to store missiles and weapons; Trey Yingst has the details.

The Caesar Syrian Civilian Protection Act of 2019, passed by the GOP-majority Senate with an 86-6 vote, authorizes sanctions within six months on the Syrian government and anyone else who is “responsible for or complicit in human rights abuses committed against citizens of Syria or their family members.”

FILE: The Pentagon is seen from air from Air Force One.  (AP)

The bill applies sanctions to supporters of Syrian President Bashar Assad’s military efforts in the country’s civil war, which includes Russia and Iran.

“Fifty hospitals have been bombed since April 2019,” she said. “There will be financial consequences.”

The bill is named after the code name of a Syrian police officer who documented torture victims in Syria from the outbreak of the war in early 2011 to his defection from the country in 2013.

The bill was immediately proposed after the officer’s testimony before Congress but failed to gather momentum in several previous attempts led, in part, by Rep. Eliot Engel of New York.

“We’ve never had something this strongly passed into law by the Congress,” said Rep. French Hill, R-Ark., one of the original co-sponsors of the Caesar Bill who met with the Syrian defector earlier this year. “[T]here’s no doubt that can have an impact.”

The bill now goes to President Trump for final authorization.