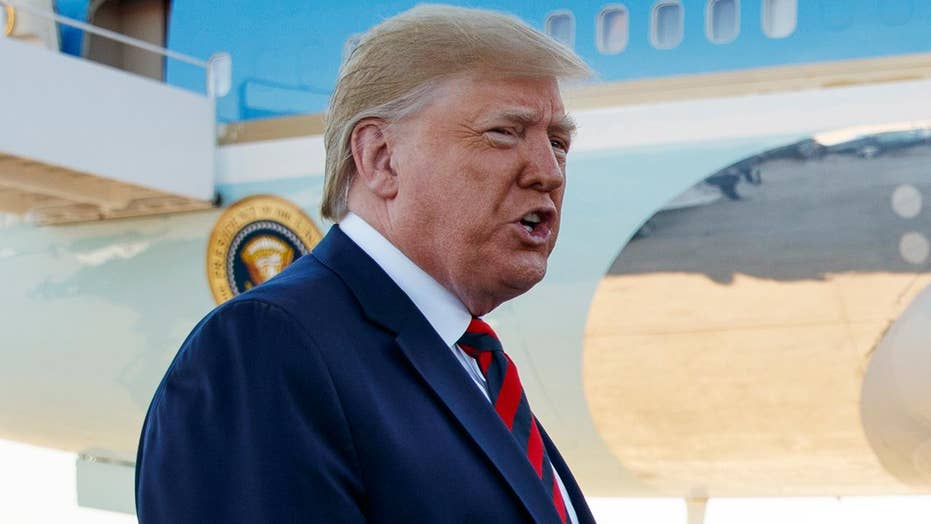 President Trump tells the press that certain parts of the U.S. military raid in Syria that resulted in the death of ISIS leader Abu Bakr al-Baghdadi may be released.

President Trump on Monday defended his decision not to give Democratic congressional leaders advance notice of the raid that resulted in the death of ISIS leader Abu Bakr al-Baghdadi, saying once again that he was concerned the details would leak out.

When Trump first announced al-Baghdadi's death Sunday morning, he said he decided not to tell officials, including House Speaker Nancy Pelosi, because he was afraid leaks could compromise the mission. Speaking to reporters Monday morning, he singled out House Intelligence Committee Chairman Adam Schiff, D-Calif., as the focus of those concerns.

"The only thing is they were talking about why didn't I give the information to Adam Schiff and his committee, and the answer is because I think Adam Schiff is the biggest leaker in Washington," Trump said. "You know that, I know that, we all know that. I've watched Adam Schiff leak. He's a corrupt politician. He's a leaker like nobody has ever seen before."

Trump, meanwhile, also indicated Monday that he may release some video footage of the raid, which he described in great detail a day earlier.

"We’re thinking about it. … We may take certain parts of it and release it, yes," Trump said. 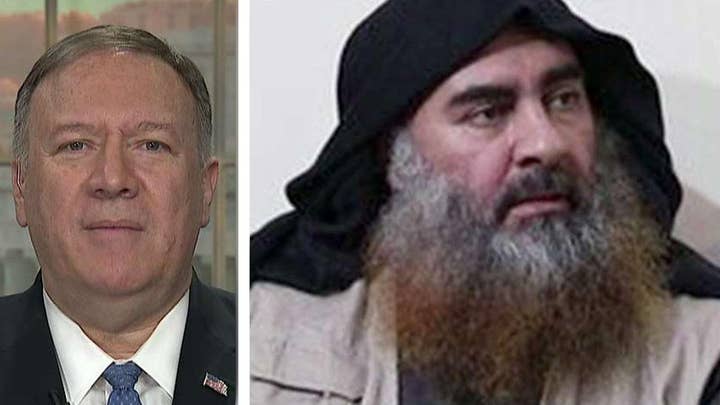 Trump went on to blast Schiff for his handling of the impeachment investigation, including when he recited an embellished version of Trump's July 25 phone call with Ukrainian President Volodymyr Zelensky, which Schiff later described as "parody." Trump accused Schiff of committing a "criminal act" by putting the inaccurate version of the call on the record.

Trump's decision not to notify senior members of Congress about the raid was controversial, even as he drew praise for overseeing the successful mission.

"The House must be briefed on this raid, which the Russians but not top Congressional Leadership were notified of in advance, and on the administration’s overall strategy in the region," Pelosi said Sunday. "Our military and allies deserve strong, smart and strategic leadership from Washington."

When asked Sunday if he had told Pelosi about the raid beforehand, he said he did not because he did not want any members of the U.S. forces to die.

"No, I didn’t. I didn’t do that. I wanted to make sure this kept secret,” Trump said. “I don’t want to have people lost.”

Vice President Pence downplayed Trump’s decision to keep Pelosi in the dark during an appearance on “Fox News Sunday" immediately following Trump’s address. The vice president claimed that Trump did not mean to say he did not trust the House speaker.

The president on Sunday described how U.S. forces including military dogs chased down al-Baghdadi in a tunnel in Syria, with the ISIS leader "whimpering and crying" before detonating a suicide vest, blowing up himself and three children. 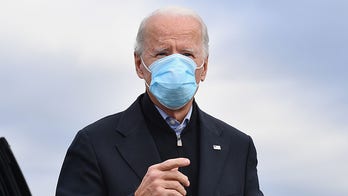 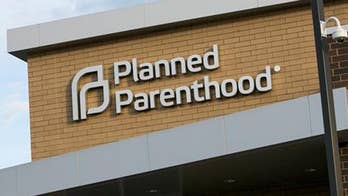