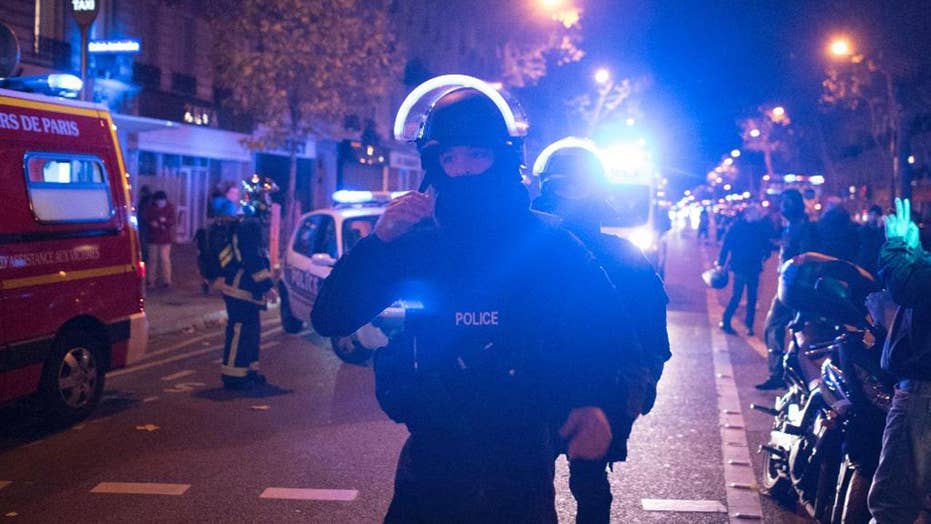 An ISIS hard drive recovered in Syria details a fresh wave of attacks including bank robberies, vehicle-rammings and assassinations across Europe, according to a U.K. paper.

ISIS has tasked one of its terror bosses with moving militants out of Syria and into Europe, newly procured documents show.

Newly obtained documents by The Sunday Times show ISIS has a member tasked with “bringing in migrants and taking out brothers who have been given jobs" as a way to move fighters and money from Syria through Turkey into Europe.

The documents were obtained by the paper after being found on a hard drive dropped by members of an ISIS cell during a battle near the group's tiny remaining stronghold in Syria earlier this year.

In a bid to stay relevant, the terror group -- which recently lost nearly all of its self-proclaimed "caliphate" in Iraq and Syria -- is planning to launch a fresh wave of attacks in Europe and the Middle East inspired by past atrocities: the 2015 Paris attacks that killed 130 people and 2017 truck attack in New York City that left eight dead.

Among the documents on the hard drive is a letter signed by six ISIS leaders and addressed to 47-year-old leader Abu Bakr al-Baghdadi, which lays out the group's new strategy of operations involving bank robberies, vehicle rammings, assassinations and computer hacking.

NEW ZEALAND NURSE HELD CAPTIVE BY ISIS GROUP IN SYRIA FOR 6 YEARS MAY BE ALIVE: REPORT

Operations around the world are to be directed by an ISIS member named Abu Khabab al-Muhajir, who controls two terror cells in Germany and one in Russia. Initial goals of the terror cells are to steal money to fund the group, the papers say.

“Killing infidel venture capitalists, hacking banks through bank accounts, bank robberies or robberies of places that are pre-studied. After any operation of this kind, we will send the money as we procure it," according to a letter obtained by The Sunday Times.

The terror cells are also tasked with committing attacks, including vehicle-ramming operations that listed the 2015 Paris attacks and "Manhattan attack" as inspiration.

ISIS clinging to the last of its territory in Syria

The operation to complete the liberation of Baghouz from ISIS is ongoing, according to a statement from the U.S.-led coalition; Lucas Tomlinson has the details.

“We will tell you here in our letter the targets that we will hit, Allah willing, and they are targets that will destroy the economic world in Europe and spread horror in the hearts of the enemies of Allah," he wrote.

Two operations that were to take place 10 to 20 days after the initial letter was sent included targeting a high-speed train in Germany and an oil pipeline in a petroleum refinery near the Swiss city of Base to cause "economic disaster."

ISIS is planning on having terror cells conduct attacks similar to the 2017 truck attack in New York City that left 8 dead, according to newly obtained letters. (REUTERS/Brendan McDermid)

Days after the December letter to ISIS leaders was written, an ISIS flag was discovered near train tracks in Berlin where overhead wires had been damaged, according to the Sunday Times.

A man was arrested in Vienna last month in connection with the Berlin incident and another in Bavaria in October, where a high-speed train hit a steel cable pulled across the tracks when traveling between Nuremberg and Munich.

A conductor had mistaken the sound for a shortened circuit until authorities found the wire that was stretched across the train's path and wooden wedges were placed on the tracks, DW reported at the time. No refinery attack was ever reported in Switzerland.

Suspect who plotted to run over crowd with a truck will not be released on bail.

Officials believe that the incidents show ISIS supporters across Europe are still linked with the terror group's remaining leadership in Syria and Iraq, and not just "lone wolf" suspects that may be inspired to commit attacks.

The letters also show that ISIS is still committed to attacks across Europe, with a new pledge of allegiance for prospective members.

“We are your soldiers in Europe, we see what the enemies of Allah do to our Muslim brothers in the home of Islam by killing and bombardment and destruction of houses,” one of the documents read. “And we, oh Emir of Believers, are under your command and subject to your orders and your sword that which you strike with the enemies of Allah in Europe.”