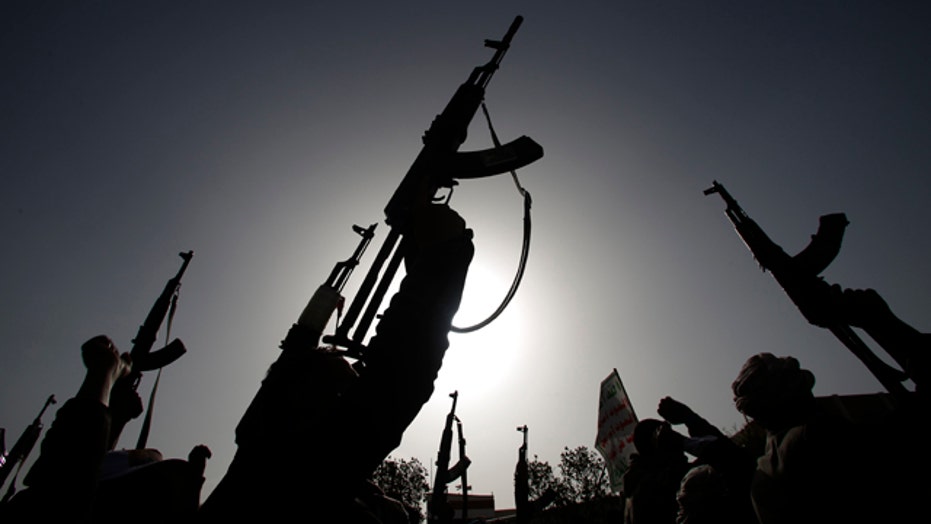 Katherine Zimmerman and Lt. Col. Tony Shaffer on how extremist groups are expanding their networks

The conflict in Yemen between Saudi-supported government backers and Iran-supported Houthi rebels is bringing the region to the brink.

The Islamic State terror group, also known as ISIS, sees an opening in the chaos and is looking to establish a new branch in Yemen, experts tell FoxNews.com.

“We’ve gotten warnings late last year. There were indicators ISIS was beginning to become expeditionary – they were moving forward in places like Afghanistan, Pakistan, and also in this area [Yemen] … where Al Qaeda has been, you can surely figure you’re going to see ISIS attempt to either undermine or take over the Al Qaeda elements,” said Army Lt. Col. Tony Shaffer (Ret.), a senior fellow with the London Center for Policy Research.

He added, “the more you see Al Qaeda grow because of the chaos there, the more you’ll see ISIS take advantage of that.”

“ISIS is certainly looking to expand in Yemen, but the concern that I have is whether it will be able to take root … AQAP is a very established presence and the violence that ISIS . . .  brings to the conflict, is simply strange and foreign to Yemenis, so it might start to lose support if continues to pursue the same tactics that it has in Iraq and Syria.”

As ISIS tries to gain influence, the terror group is trying to use tension between Yemen’s Sunni and Shiite communities to its advantage.

“This is certainly the opening of ISIS trying to exploit and it’s trying to drive Yemen’s conflict toward a fully sectarian conflict,” said Zimmerman. Though she added, “it’s not playing out that way yet on the ground.”

“ISIS is going to figure out how to adapt in Yemen … both ISIS and the Houthis hate the Saudis so they may find a way to coexist efficiently to go after the common enemy … ISIS may well adapt and figure out how to work in this region,’ said Shaffer.

Looking ahead, both have a grim outlook on Yemen’s future.

“There are certain areas in eastern Yemen that are way outside the current conflict … and that’s the ungoverned space AQAP has taken advantage of,” said Zimmerman.  She points out the current campaign against extremists is only part of the wider network the terrorists have in Yemen.

“The coalition wants to do good things. The question becomes the intelligence, logistic piece and the political will – if we’re there with them … it’s not going to be an easy haul, I think we’ll see chaos [still] in six months,” said Shaffer.