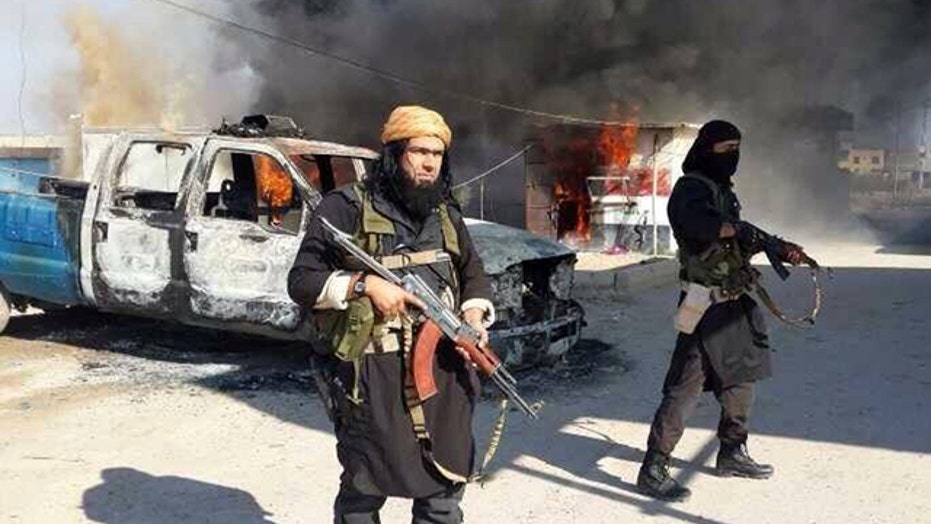 The village, al-Bubali, lies between Fallujah and Ramadi,  two key cities in Anbar that are under siege by Iraqi security forces and their allies from Sunni tribes.

The military and the allied tribesmen are trying to recapture parts of the two cities after they came under the control of fighters from the al Qaeda-linked group known as the Islamic State in Iraq and the Levant last week.

The militants seized police stations and military posts, freeing prisoners and setting up their own checkpoints.

In al-Bubali, several army vehicles were damaged by roadside bombs planted around the village by the militants, said a police officer, speaking on condition of anonymity because he was not authorized to talk to the media. There was no immediate word on casualties.

Iraqi troops have clashed with the al Qaeda fighters mainly on the outskirts of Fallujah and Ramadi and have carried out occasional airstrikes against the militants' positions.

But they have held off on launching a major offensive to retake the two cities, fearing that possible civilian casualties could incite Sunni anger and push moderate tribal leaders to side with the extremists.

However, Defense Ministry spokesman Mohammed al-Askari told the Associated Press on Friday that the government's patience would not last forever.

"We will be patient as long as it needs, but if there is no other solution, then the security forces and allied tribal fighters will enter these cities," said al-Askari.

Some shops were open in Fallujah on Friday and clerics during midday prayer sermons appealed on government employees to go back to work on Sunday.

Sectarian tensions have been rising for months in Anbar as Sunnis protested what they perceive as discrimination and random arrests by the country's Shiite-led central government.

Violence spiked after the Dec. 28 arrest of a Sunni lawmaker sought on terrorism charges and the government's dismantling of a year-old Sunni protest camp in Ramadi, the provincial capital.