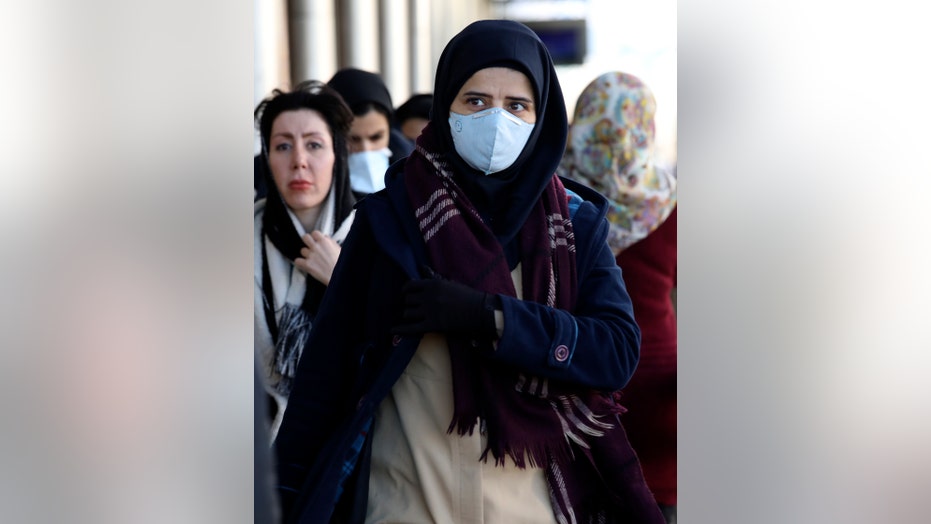 Iran temporarily released more than 54,000 prisoners in an effort to prevent the spread of the coronavirus outbreak in the country’s overcrowded prisons, as the disease has killed dozens in the country and infected 23 members of the Iranian parliament.

Judiciary spokesman Gholamhossein Esmaili told reporters certain inmates were allowed out of prison after testing negative for COVID-19 and posting bail. “Security prisoners,” sentenced to more than five years, would not be let out.

Esmaili indicated that several prominent Iranian political prisoners and British dual national Nazanin Zaghari-Ratcliffe would be allowed out. Zaghari-Ratcliffe’s husband said Saturday he believed his wife had contracted the virus at Tehran’s Evin prison and authorities were refusing to test her.

Esmaili insisted Monday Zaghari-Ratcliffe had been in contact with her family and “told them about her good health,” according to the BBC. The British-Iranian charity worker was jailed for five years in 2016 after being convicted of espionage charges, which both she and the UK have denied.

There was no word on whether Robert Levinson and Siamak Namazi, both American prisoners believed to be detained in Iran on accusations of spying, would be included. Namazi’s lawyer Jared Genser has alleged that the detainee is at “serious risk” of contracting the virus after a case was confirmed in his prison ward.

On Tuesday, the Iranian health ministry said the number of confirmed cases had risen by more than 50 percent for the second day in a row. The disease claimed 11 more lives since Monday, bring the death toll to 77, the highest in the world outside China. The number confirmed by authorities now stands at 2,336, though the real figure is believed to be far higher.

Parliament sessions have been suspended after 23 of 290 lawmakers fell ill with the virus, according to deputy speaker Abdolreza Mesri. On Monday, a top adviser to Iran’s Supreme Leader Ayatollah Ali Khamenei died from the virus, the same day the Iranian government rejected help from Secretary of State Mike Pompeo, who said the U.S. was concerned Iran may have covered up details of the outbreak.

It wasn’t clear whether any of the dead include those in prisons, which have proven to be a hotbed for the disease in China.