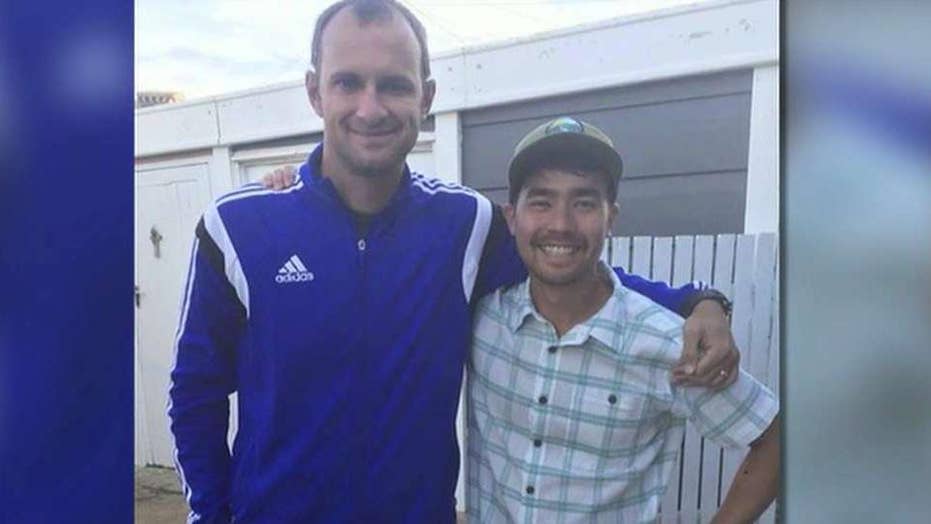 John Allen Chau was killed by North Sentinel islanders who apparently shot him with arrows when he trespassed on the isolated island in the Bay of Bengal; Amy Kellogg reports.

The reclusive tribe responsible for the death of an American missionary who ventured onto their remote Indian island last year is unlikely to face U.S. sanctions, the State Department said.

Samuel D. Brownback, the U.S. Ambassador at Large for International Religious Freedom, made the announcement about John Allen Chau and the Sentinelese tribe during a State Department press briefing earlier this month.

Chau, who was 26, reportedly died in a hail of arrows while trying to go ashore North Sentinel Island in November. The lush island lies in the Bay of Bengal, between India and Burma.

“The United States Government has not asked or pursued any sort of sanctions that the Indian Government would do against the tribal people in this case,” Brownback said when asked if the Sentinelese – who live completely cut off from the outside world and are known to attack outsiders – would face some kind of punishment.

“That’s not been something that we have requested or have put forward,” he added. “It’s a tragic situation and a tragic case of what’s happened, but that’s not something that’s been asked.”

MISSIONARY WROTE 'GOD, I DON'T WANT TO DIE' BEFORE BEING KILLED BY TRIBE

John Allen Chau, who was killed by a remote tribe after venturing on to their island last year (Facebook)

Visitation to North Sentinel Island is heavily restricted by the Indian government and contact with the Sentinelese tribe who lives there is illegal, in order to protect their indigenous way of life and prevent the spread of diseases.

In Instagram posts and journals, Chau wrote that he found the island inspiring but frightening.

“Why does this beautiful place have to have so much death here?” he wrote. “I hope this isn’t one of my last notes but if it is ‘to God be the Glory.’”

Chau had wanted ever since high school to go to North Sentinel to share Christianity with the indigenous people, Mat Staver, founder and chairman of Covenant Journey, a program that takes college students on tours of Israel to affirm their Christian faith, told the Associated Press. Chau went through that program in 2015.

"He didn't go there for just adventure. I have no question it was to bring the gospel of Jesus to them," Staver said.

Police say Chau was apparently shot to death by bows and arrows and his body was buried in a beach. Officials in India have been reported not to have any plans to recover the body.