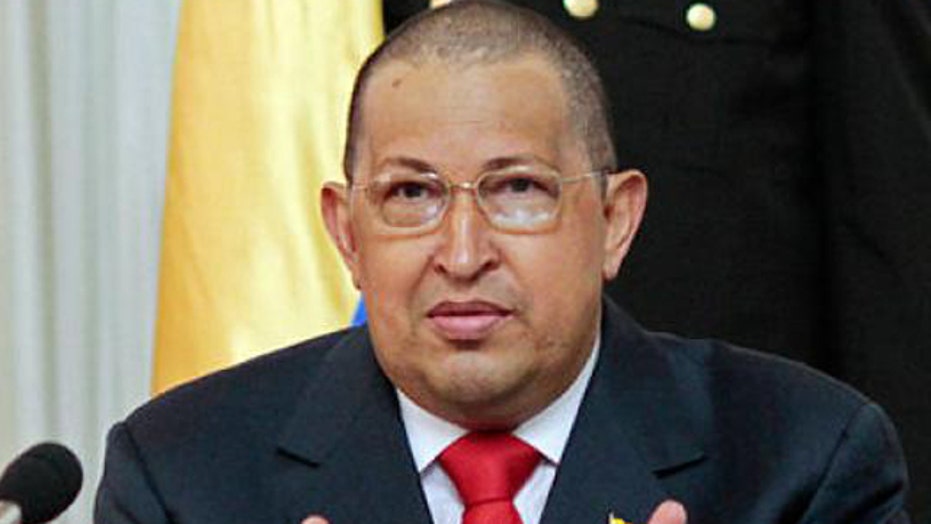 "He couldn't speak but he said it with his lips ... `I don't want to die. Please don't let me die,' because he loved his country, he sacrificed himself for his country," Gen. Jose Ornella told The Associated Press.

The general said he spent the last two years with Chavez, including his final moments, as Venezuela's president of 14 years battled an unspecified cancer in the pelvic region.

Ornella spoke to the AP outside the military academy where Chavez's body lay in state. He said Chavez's cancer was very advanced when death came but gave no details.

Ornella did not respond when asked if the cancer had spread to Chavez's lungs.

The government announced on the eve of Chavez's death that he had suffered a severe new respiratory infection. It was the second such infection reported by officials after Chavez underwent his fourth cancer surgery in Cuba on Dec. 11.

Venezuelan authorities have not said what kind of cancer Chavez had or specified exactly where tumors were removed.

During the first lung infection, near the end of December, doctors implanted a tracheal tube to ease Chavez's breathing, but breathing insufficiency persisted and worsened, the government said.

Ornella said that Chavez had "the best" doctors from all over the world but that they never discussed the president's condition in front of him.

The general said he didn't know precisely what kind of cancer afflicted Chavez, but added: "He suffered a lot."

He said that Chavez knew when he spoke to Venezuelans on Dec. 8, three days before his final surgery in Cuba, that "there was very little hope he would make it out of that operation."

It was Chavez's fourth cancer surgery and previous interventions had been followed by chemotherapy and radiation.

Ornella echoed the concern of Vice President Nicolas Maduro that some sort of foul play was involved in Chavez's cancer.

"I think it will be 50 years before they declassify a document (that) I think (will show) the hand of the enemy is involved," he said.

The general didn't identify who he was talking about, but Maduro suggested possible U.S. involvement on Tuesday. The U.S. State Department called the allegation absurd.

The government said Chavez, 58, had been there since returning from Cuba on Feb. 18.