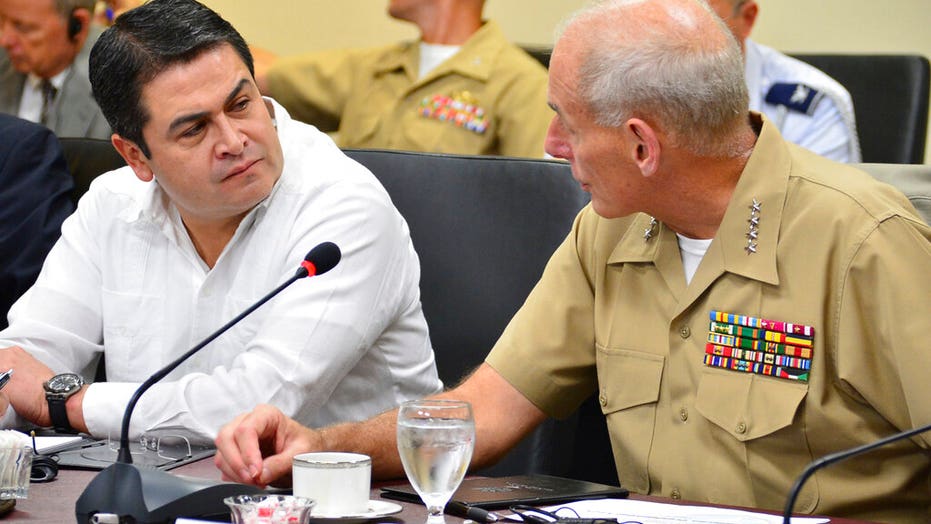 The President of Honduras has been named as a target in a DEA investigation into drug-trafficking and money laundering, according to U.S. Federal Court documents.

Juan Orlando Hernández, members of his family and advising group have been targeted since 2013 for their involvement “in large scale drug trafficking and money laundering activities relating to the importation of cocaine into the United States”.

The DEA investigation was revealed in previously-sealed documents filed Tuesday by the Southern District of New York. The initial documents included a 2015 application requesting digital companies to grant limited access into two of Hernández’s email accounts.

Hernández responded to the claims Tuesday in a press release saying the DEA “found no evidence to support the accusation against the president and his collaborators,” and the agency “considers the president a trusted partner in the fight against crime.”

LATIN AMERICA ACCOUNTS FOR ONE THIRD OF WORLD'S HOMICIDES, LIFE EXPECTANCY DROPPING IN SOME COUNTRIES: STUDY

The Central American leader, who won the presidency while the DEA investigation was ongoing, has faced continued pressure on the country’s significant drug-trafficking problems.

In 2016, his own brother, Juan Antonio “Tony” Hernandez, was charged by U.S. prosecutors for large-scale cocaine trafficking from 2004-2016, and he admitted last November that he knowingly interacted with drug traffickers and being offered bribes.

The names also listed with Hernández on the 2015 unsealed document were Yani Rosenthal, a former legislator and presidential candidate, and his cousin Yankel Rosenthal, a former minister of investment. Both convicted in New York court for their drug crimes and working with the Cachiros organization.

Demonstrators walk past a torched police vehicle during a protest against the government of Honduras' President Juan Orlando Hernandez in Tegucigalpa, Honduras, Thursday, May 30, 2019. Thousands of doctors and teachers have been marching through the streets of Honduras' capital for the last three weeks, against presidential decrees they say would lead to massive public sector layoffs. (AP)

Honduras has been plagued with violent crime in recent years, a contributing factor to the increase in migrants seeking asylum in America.

According to the State Department’s annual review, drug trafficking and gang activity are the main causes of violent crime in Honduras. The Central American country is home to one of the highest homicide rates in the world, with 41 killings per 100,000 residents.

It is still unknown if the investigation into Hernandez is still ongoing or if charges have been filed.

The DOJ and Southern District of NY have not immediately responded to Foxnews.com’s requests for comment on the investigation.