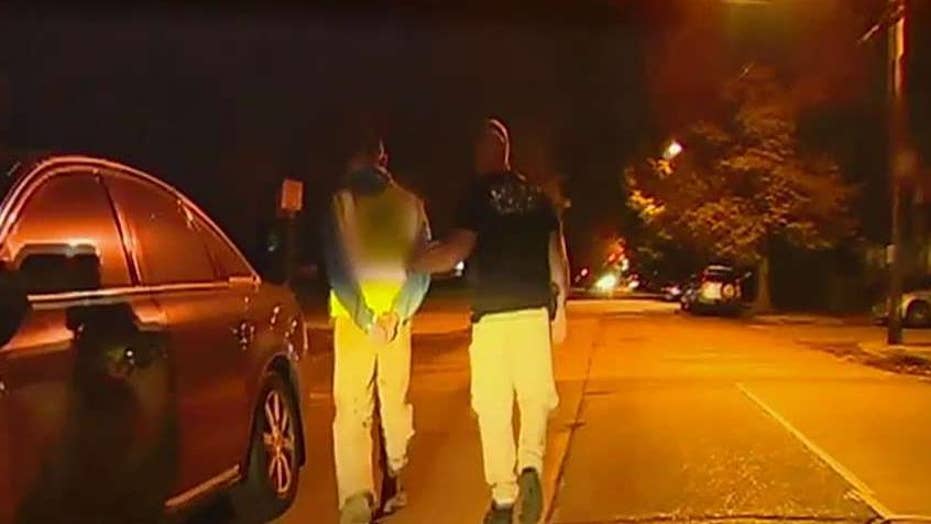 The rising number of people being murdered across Latin America and the Caribbean is so high that the life expectancy in some of those countries is dropping, a new study claims.

Unlike the rest of the world where homicide rates have generally dropped, statistics in some countries show that the murder rate has skyrocketed in recent years. So much so, that Latin America now accounts for about a third of the world’s homicides, according to a new study from the Australian National University.

A body is stretched out at the door of a bar in the community of Comayaguela, Honduras, Friday, Oct. 19, 2018. At least eight people were killed and two other wounded at the bar Friday, according to the police. (AP Photo/Fernando Antonio)

The study shows that more than 2 million people aged 15-19 in Latin American and the Caribbean (LAC) between 2005 and 2015 – with young men accounting for most of those deaths. The two most populated countries – Mexico and Brazil – account for the highest number of homicides in absolute numbers, however in El Salvador and Honduras in 2015 had a staggering rate of 109 and 64 homicides per 100,000 people, respectively.

“In relative terms, the LAC region has been ranked as the most dangerous in the world,” the study said.

Researchers looked at the causes of death across 23 LAC nations and compared them to that of 15 European countries. They found that that homicides are contributing to the life expectancy gap, particularly among men.

The study shows that Honduran males are the hardest hit, losing six years of life expectancy due to homicides when compared to developed countries.

For males in El Salvador, lives were cut short by four years, while men in Colombia, Venezuela, Guatemala, Trinidad and Tobago, Jamaica and the Dominican Republic all lose about two years.

“Despite Latin American countries having seen progress in most other major causes of death, such as reductions in cancer and cardiovascular disease, homicide is still affecting people’s lives so much that there is little progress in life expectancies, particularly among young men,” Canudas-Romo said.

Researchers said the increase of violence in the LAC region could be attributed to a number of different reasons, including political turmoil, the “war on drugs,” increased poverty and more. They said several strategies proposed to reduce these rates have had mixed results or downright failed.

Fox News' Griff Jenkins reports from inside the migrant caravan in Tapachula, Mexico.

“Not only did they fail to reduce crime and delinquency, but also they were unable to control or disband the gangs,” researchers wrote about Honduras’ failing “iron fist” anti-gang laws. “Gang members that were easily identifiable by their tattoos, dress code, and other elements, adapted rapidly hiding those elements from public and police forces.”

The study also showed that in some countries – like Nicaragua and Peru – life expectancy between 1990 and 2015 grew over time.

A bleak combination of powerful drivers like poverty and gang violence have led millions of people across the LAC region to see emigration as the only possibility for a decent life - many making a trek to the United States in an attempt to enter the country illegally.

The U.S. Customs and Border Protection has said it apprehended or turned away more than 109,000 migrants attempting to cross the border in April, the second month in a row the number has topped 100,000 and averaged more than 3,000 apprehensions a day.