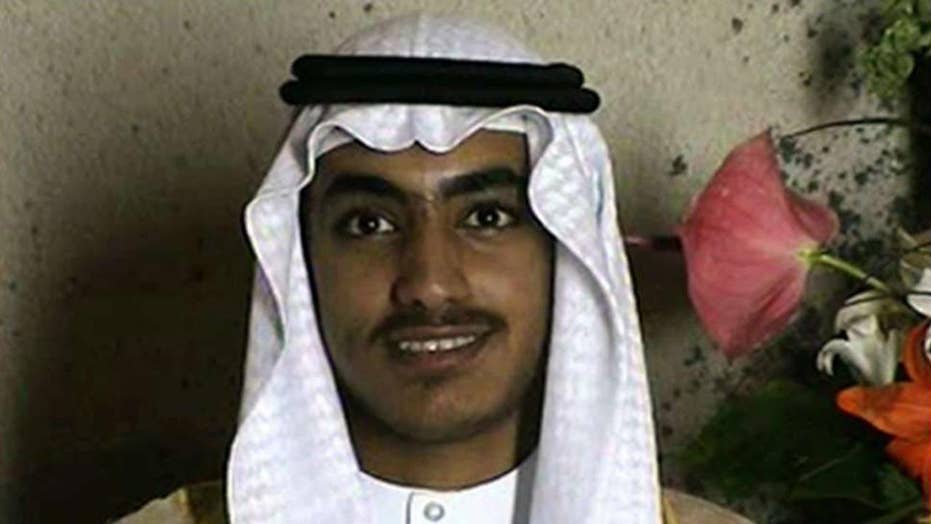 The favorite son of Al Qaeda founder Usama bin Laden and the heir being groomed for the leadership role, Hamza bin Laden, is believed to have died under circumstances shrouded in secrecy.

President Trump and U.S. officials have declined to comment on Hamza’s death, and officials have not yet elaborated on where, where or how he was killed and what role the U.S. played in taking him out.

But it is something of a win in the protracted war against terrorism, analysts say.

“This is a big brand hit for extremists. Bin Laden’s son was heir to the throne. Even if he didn’t exercise operational control, his name and those actions requested to be carried out in his name carries weight in amongst those who were drawn to Al Qaeda by his father,” Brett Bruen, former White House director of global engagement and president of crusts communications firm Global Situation Room, Inc., told Fox News. “There may be others who take on leadership roles. It will be a long time, if ever, we see someone who can legitimately claim the legacy of a near-mythical figure like Bin Laden.  For those engaged in the long fight against extremism, this is a significant symbolic victory.”

After a life mostly under the radar, suddenly in 2015, Hamza, at age 26 and the only son known to be connected to his father’s terrorist domain, resurfaced as their rising star. He was ushered into the Al Qaeda propaganda apparatus in a message alongside leader Ayman al Zawahiri.

Over the ensuing years, his stature was steadily ascending. According to AEI’S Critical Threats Project, Hamza gave just one public statement in 2015, three in 2016 and four in 2017. His sermons mirrored those his father gave in his heyday of the ’80s and 90’s – encouraging attacks on the U.S., the West, Russia, and Israel before shifting in 2017 to endorse the jihad in Syria and to call on Salafi groups to come together under the Al Qaeda banner.

But unlike Usama, Hamza is not believed to have had any battlefield experience of his own.

“His death at the hands of the West is, if nothing else, a deep psychological [blow],” said Lt. Col. James Carafano, a director for Foreign Policy Studies and International Studies at The Heritage Foundation, underscoring that it remains to be seen what – if any – impact his apparent death will have on Al Qaeda as a whole.

“There was never a clear understanding of his operational role and authority. But we do know that Al Qaeda still has an operational structure, global reach, and influence,” Carafano continued. “It is still dangerous and the U.S. still has to take the threat of transnational Islamist terrorism as deadly serious.” 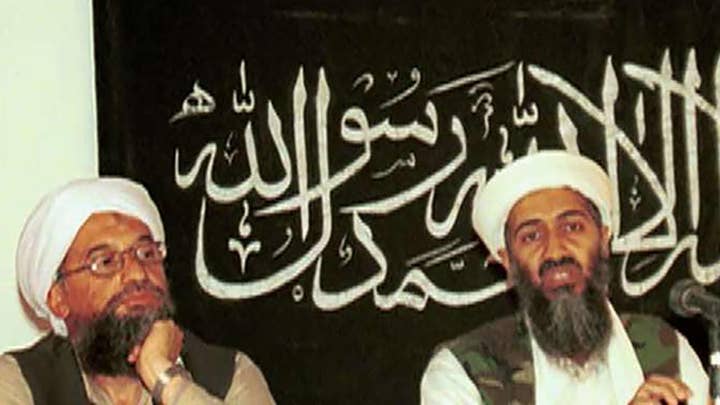 One U.S.-based intelligence source tracking online terrorist activity and another in Afghanistan told Fox News that, as of Thursday morning, there was no chatter about the death or any confirmation from within Al Qaeda ranks and the leadership had not yet issued a statement or denial. On Thursday afternoon, the Middle East Media Research Institute (MEMRI) reported that Al Qaeda backer Shili Al-'Aqidah cautioned on his Telegram channel that the U.S. media reports were "unconfirmed and unreliable" and warned that the information was merely an intelligence ploy.

"Aqidah, therefore, warned Al Qaeda mujahideen not to allow these media reports to provoke them into commenting on the issue of Hamza's alleged death," MEMRI stated. "He cautioned that any detail, however small, concerning Hamza's wellbeing or whereabouts will be used by intelligence agencies as a 'link in a chain that they will gather until eventually reaching the desired outcome.'"

"The U.S. delay in announcing Hamza’s death can be attributed to many variables, from political maneuvering to receiving final confirmation via DNA testing," said Rita Katz, the director of the SITE Intelligence Group which tracks jihadists movements. "What is more peculiar though, is why Al Qaeda hasn’t said anything in this time. The group confirmed the death of Usama bin Laden less than a week after he was killed in May 2011 but has not given any comment regarding Hamza. It could very well be that the group was hiding his death because the AQ leadership knew how valuable he is to the group. Hamza Bin Laden was Al Qaeda’s most charismatic figure and was beloved across the global jihadi movement. For those reasons Al Qaeda may have wanted Hamza—or at least the idea of him—to endure for as long as possible."

In February this year, the U.S. officially listed Hamza as a wanted man – with a $1 million bounty on his head. On May 9, the FBI re-upped the tweet they were on the hunt for the Al Qaeda operative. However, the New York Times reports that Hamza was allegedly killed in the first two years of the Trump administration – but his death, which was first reported NBC this week and cited three unnamed officials, was not confirmed.

A monitoring report conducted by MEMRI last year documented that on January 6, 2018, a Telegram messenger channel titled “supporter of Al-Qaeda” published a photo of Hamza with his two brothers, purportedly in Iran in 2009. It was a rare revelation of the future successor’s face, bearded and wearing glasses. Great lengths had long been taken by Al Qaeda top brass to ensure he was not exposed.

The last Hamza message was disseminated by Al Qaeda on March 21, 2018. According to Katz, the speech gave no direct mentions of current events at the time so could have been recorded months earlier; but the general time-frame fits with reports he was killed at some point within the first two years of Trump's term.

Moreover, multiple sources tell Fox News that it was within that first year of the Trump White House when concerns started growing exponentially over Hamza's emerging status and ability to encourage terror; making him an evermore valuable target.

"It should be noted that Hamza bin Laden was not the victim of guilt by association with his father. While he had no formal title within Al Qaeda, he was one of its loudest voices calling for attacks in the West," Katz stressed. "And, given the adoration he had by jihadists all over the world, al-Qaeda was shaping him to be their next leader that would lead the entire movement."

After living his early years in Saudi Arabia and Sudan before re-locating to Afghanistan where the family was promised Taliban protection, Bin Laden allegedly moved his family over Afghanistan’s eastern border to Pakistan after the September 11 attacks and sensing an imminent U.S. invasion. Yet some months later opted to shuffle his wife and children across the south-west Afghanistan border to Iran as a safer alternative.

Hamza remained there for at least several years as the war gained momentum. Over the years, Hamza is said to have been tracked to the porous, ungoverned border region of Afghanistan and Pakistan.

One Afghanistan-based source, who requested anonymity because he was not authorized to speak on the matter, told Fox News that dialogue with Iranian official two years ago, affirmed that Hamza still had a presence in the neighboring country with his family and was potentially using it as a transit point to move to a third country – potentially Syria.

According to the source present at the meeting with Iranian officials, the Tehran stance was that they welcomed anyone who reached out to them with friendship, underscoring that at one point in time both the Taliban and Al Qaeda had acted “hostile” toward them – given the Shia and Sunni Muslim divide – but that after the U.S. invasion they accepted many of them as refugees even though they assessed it could potentially be “dangerous” for them.

The summation was that Hamza was welcomed as a guest; and viewed as a victim to U.S. policies. However, Tehran has remained adamant that he and other prominent Al Qaeda figures were deemed safety risks and banned from travel or movement; amid reports that Hamza was eventually released in a prisoner exchange with Al Qaeda.

Nonetheless, it also believed he had his wedding there several years ago. Beyond being the son of bin Laden, Hamza was also the son-in-law of Abdullah Ahmed Abdullah – the Egyptian Al Qaeda figurehead who hatched the 1998 attack plot on East Africa embassies. He is thought to have multiple wives and at least two children.

Terrorist monitoring services MEMRI and SITE Intelligence Group also obtained a letter in late 2017 from Hamza, indicating that his own 12-year-old son had been slain months earlier, potentially on a strike aimed at killing Hamza himself, in the Pakistan and Afghanistan border region.

Ayman Zawahiri, the longtime Al Qaeda and successor to Usama bin Laden after his death at the hands of Navy SEALs in 2011, is still listed as one of the world’s most wanted men – a $25 million price tag for information leading to his kill or capture.