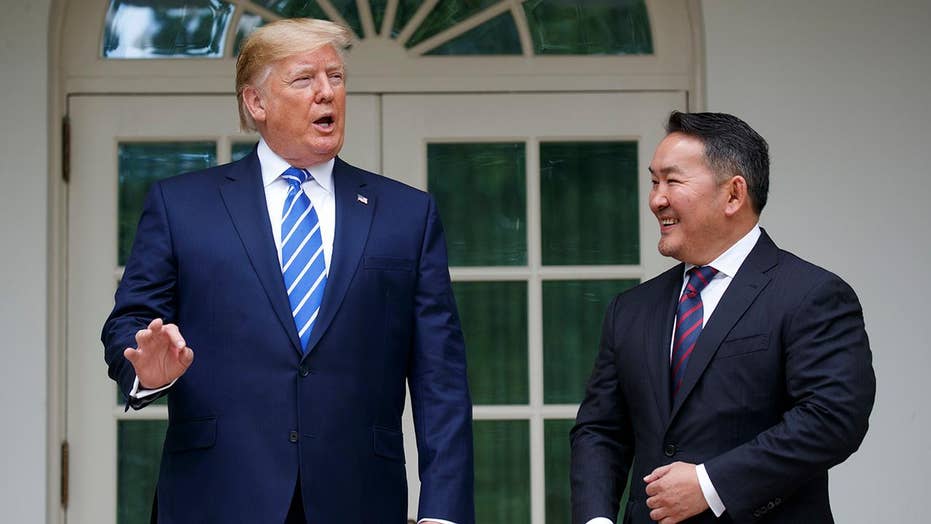 Trump gets asked about the death of Bin Laden's son, refuses to comment

President Trump avoids commenting on the reported death of the son of Osama Bin Laden.

President Trump refused to comment Wednesday on reports of the death of Hamza bin Laden, son of the slain Al Qaeda leader responsible for the 9/11 terrorist attacks, Usama bin Laden.

NBC News reported that officials would not provide details of where or when Hamza apparently died or if American forces played a role in his death. The news outlet added that it was unclear if the U.S. had confirmed the death of the militant who has been seen as an increasingly serious threat.

The State Department in February had offered a $1 million reward for information leading to Usama bin Laden's son. 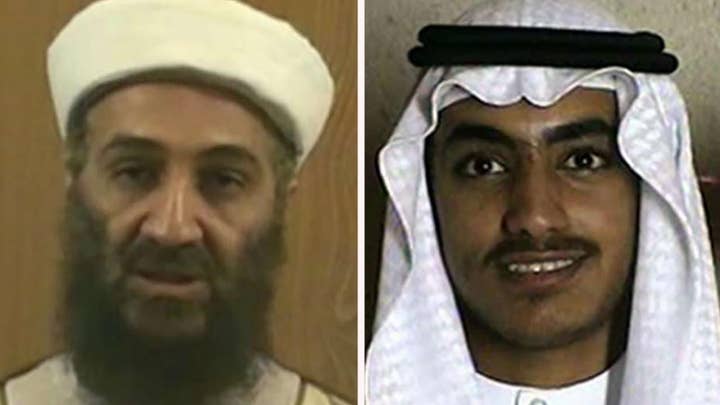 He is not the head of  Al Qaeda but he has risen in prominence within the terror network his father founded, and the group may be grooming him to stand as a leader for a young generation of militants.

His life has mirrored the path of  Al Qaeda, moving quietly and steadily forward, outlasting its offshoot and rival, the Islamic State terror network.

Hamza bin Laden's father was killed after a U.S. military raid in Pakistan in May 2011. He masterminded the 9/11 terrorist attacks that killed nearly 3,000 people and injured over 6,000.