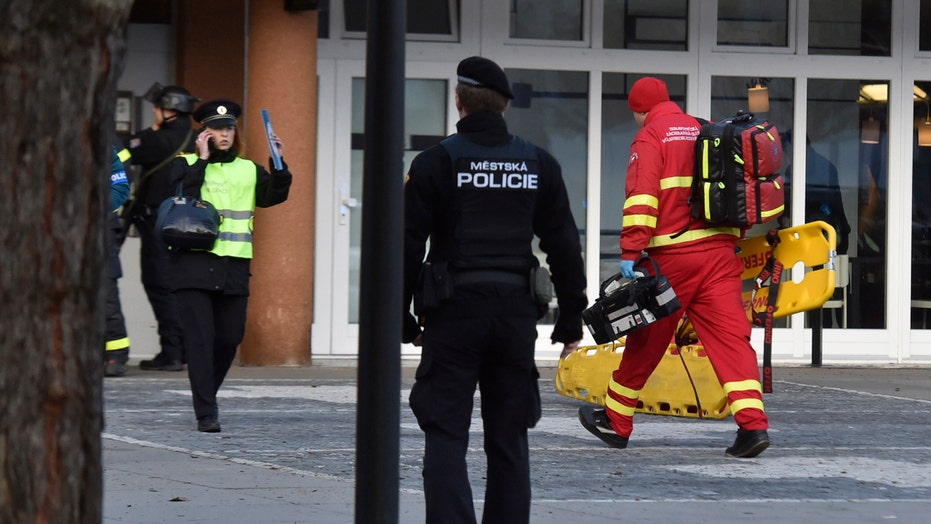 Six people were killed and three more were injured when a lone gunman entered a Czech hospital Tuesday morning and opened fire on patients at close range before killing himself, police said.

Czech Police received reports Tuesday morning at approximately 7:19 of shots fired inside the University Hospital in Ostrava’s outpatient clinic. Law enforcement arrived on the scene several minutes later, at around 7:24 a.m., where they discovered four dead people on the scene and “two seriously injured people.”

Police and officials say at least four people have been killed in a shooting in a hospital in the eastern Czech Republic. Two others are seriously injured. (Jaroslav Ozana/CTK via AP)

Hospital director Jiri Havarlant later confirmed that five of the victims died in the attack and one died later in surgery, according to a Reuters report. The victims included four adult males and two adult females.

Police launched a manhunt after the suspect appeared to have fled the scene.

He was found dead in his vehicle a short time later from an apparent gunshot wound to the head.

Regional police chief officer Tomas Kuzel identified the suspect as a 42-year-old man who had used an illegally held Czech-made 9 mm gun during the attack. He said police believe the suspect had a criminal record and acted alone.

CHILE LOSES CONTACT WITH MILITARY PLANE HEADED TO ANTARCTICA, 38 ON BOARD

Prime Minister Andrej Babis told Czech public television that the attacker opened fire at people's heads from close range. He said that the man had been treated in the hospital but did not offer a possible motive for the killings.

“It's a huge tragedy,” Babis later said. “It's an unfortunate, individual act.”

Two other adults were injured in the attack and had to be operated on. A third sustained light injuries.