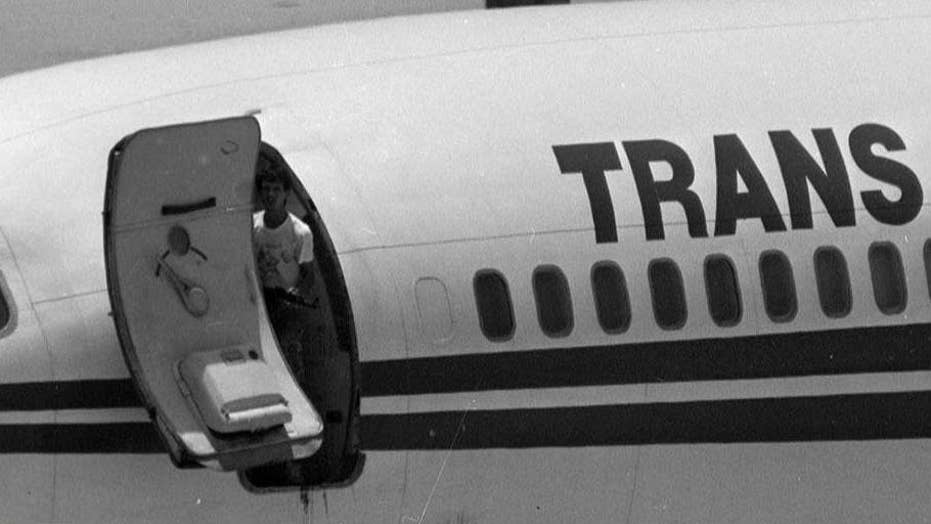 The unnamed suspect was arrested after disembarking a cruise ship in Mykonos.

A man wanted in the 1985 hijacking of a Trans World Airlines (TWA) plane in which a U.S. Navy diver was killed has been arrested by Greek police.

Police said Saturday the suspect, a 65-year-old Lebanese man, was arrested on the island of Mykonos two days ago. His name came up as the subject of a German arrest warrant when he disembarked from a cruise ship, police said, according to Reuters.

Police did not release the suspect's name, but several Greek media outlets named him as Mohammed Ali Hammadi.

TWA Flight 847 from Athens to Rome was hijacked shortly after takeoff on June 14, 1985. The hijackers tortured and killed 23-year-old Robert Stethem when they found out he served in the U.S. Navy. His body was tossed from the plane onto the tarmac in Beirut.

The hijackers released the other 146 passengers and crew members in stages, the last after a 17-day ordeal that included three stops in Beirut and two in Algiers

Hammadi was arrested in Frankfurt in 1987 and convicted in Germany for the plane hijacking and Stethem's slaying. Hammadi, an alleged Hezbollah member, received life in prison as a sentence but was paroled in 2005 and returned to Lebanon. He is also a suspect in a 1987 abduction, according to the Greek police.

Germany resisted pressure to extradite him to the United States after Hezbollah abducted two German citizens in Beirut and threatened to kill them.

Hammadi, along with fellow hijacker Hasan Izz-Al-Din and Ali Atwa, remains on the FBI's list of most-wanted terrorists under the name Mohammed Ali Hamadei. The FBI offered a reward of up to $5 million for information leading to his capture.

The suspect was in custody Saturday on the Greek island of Syros but was set to be transferred to the Korydallos high-security prison in Athens for extradition proceedings, a police spokeswoman told The Associated Press.