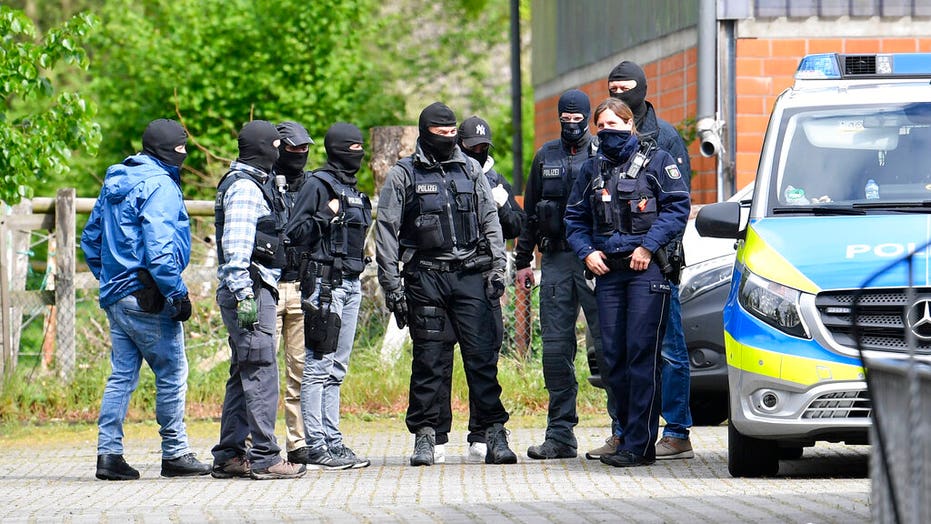 BERLIN - Germany’s interior ministry on Thursday outlawed all of Hezbollah activities within the Federal Republic, boosting the chances of a European-wide ban on the U.S.-designated Lebanese terrorist entity.

“The activities of Hezbollah violate criminal law and the organization opposes the concept of international understanding,” said the interior ministry.

Steve Alter, a spokesman for Interior Minister Horst Seehofer, tweeted: ”BM [Federal Minister] Seehofer today banned the activity of the Shiite terrorist organization Hezbollah (Party of God) in Germany. Police measures are underway in several federal states concurrently since the early hours of the morning. The rule of law is able to act in times of crisis.”

The interior ministry’s prohibition also means that Hezbollah assets can be confiscated in Germany. Hezbollah symbols in publications and in media in Germany will also be banned.

However, the ministry said Hezbollah could not be outlawed as a foreign terrorist organization and thus ordered dissolved outright in Germany. There is no official German branch of Hezbollah in Germany, said the ministry while explaining why Hezbollah cannot be formally proscribed a terrorist entity on German territory.

It is unclear if Michael Müller, the mayor of Berlin, will use the new ban to bar the annual al-Quds Day march calling for Israel’s destruction that is organized by German Hezbollah members and supporters. Critics say Müller has been soft on Hezbollah.

GAETZ WARNS WOULD-BE IRANIAN TERRORISTS: 'GET YOUR ACT TOGETHER OR GET PREPARED TO MEET GENERAL SOLEIMANI'

The al-Quds (Arabic for “Jerusalem”) march calls for the destruction of Israel and is attended by neo-Nazis, Hezbollah and Iranian regime supporters and activists from the terrorist organization the Popular Front for the Liberation of Palestine. The al-Quds march in Berlin is slated to take place on May 16.

Richard Grenell, the American ambassador to Berlin and the acting U.S. director of national intelligence, urged all European Union countries to outlaw Hezbollah’s activities. The organization “cannot be allowed to use Europe as a safe haven to support terrorism in Syria and across the Middle East,” he said.

“The world is a little bit safer with this German government ban of Hezbollah. The entire U.S. embassy in Berlin has worked with the German government and the Bundestag for two years to push for this ban. It’s an incredible diplomatic success that we hope will motivate many officials in Brussels to follow suit with an EU-wide ban,” Grenell told FoxNew.com on Thursday.

Grenell, in his capacity as acting director of national intelligence, spoke with Emmanuel Bonne, the foreign policy adviser to the president of France, to press him on banning Hezbollah in France and working to support an EU-wide ban.

The American official has visited Brussels several times to push for an EU-wide ban. Grenell also organized the entire embassy around working to ban Hezbollah. His team met weekly to strategize and use the latest intelligence to push for the ban in Germany.

The U.S. and Israeli governments have repeatedly urged Chancellor Angela Merkel’s administration over the last decade to proscribe the entire Hezbollah movement as a terrorist organization. Last year, for example, U.S. Secretary of State Mike Pompeo told Merkel that he wishes Germany would “follow Britain’s example” and outlaw the terrorist group.

Currently, Canada, the U.S., Britain, the Netherlands, Israel, the Arab League and a number of Latin American countries have outlawed Hezbollah’s entire organization. The European Union merely banned Hezbollah’s so-called “military wing” in 2013 while allowing its “political wing” to operate in Europe.

Hezbollah’s leaders consider their movement a unified organization. Operatives of Hezbollah blew up an Israeli tour bus in Bulgaria in 2012, murdering five Israelis and their Bulgarian Muslim bus driver.

Israel’s Minister of Foreign Affairs, Israel Katz, lauded Germany’s anti-Hezbollah measure: “In my conversations with [German Foreign Minister] Heiko Maas, he promised to help and I thank him,” Katz tweeted. “Hezbollah is a terrorist organization & must be treated as such.”

Katz added: “It is a very important decision and a valuable and significant step in the global fight against terrorism.

“I call on other European countries as well as the European Union to do the same. All the parts of Hezbollah, including the social, political and military wings, are terror organizations and they should be treated as such,” he said.

According to Fox News' reviews of 2019 German intelligence reports, there are 1,050 active Hezbollah operatives in Germany.

Some 30 mosques and cultural centers in Germany have links to Hezbollah, according to a Hamburg intelligence agency report reviewed by Fox News.

The German authorities are investigating the Hezbollah-affiliated and controlled mosques and associations because of their alleged financial support and propaganda for Hezbollah in Lebanon, noted the interior ministry.

A FoxNews.com review of an intelligence report from the city of Bremen revealed that the Hezbollah-controlled Al-Mustafa Community Center is a major hub for Hezbollah fundraising. The community center sends funds directly to Hezbollah’s headquarters in Beirut.

“Germany is incredibly important for Hezbollah, because Germany is an Eldorado for money laundering,” political scientist and scholar of Islam Ralph Ghadban told the German media outlet Deutsche Welle.

The Hezbollah mosque in the German city of Münster posted a shocking video on its Facebook page in December, announcing it was proud of terrorism and of its allegiance to the Islamic Republic of Iran’s Supreme Leader Ali Khamenei.

The Lebanese Hezbollah member in the Münster mosque said, “We belong to the party of Ruhollah [Khomeini]. We have been accused of being terrorists – we are proud of terrorism.”