German Chancelor Angela Merkel (pictured). The German military is looking into recruiting non-German citizens of the European Union in a bid to make up for the years of underinvestment. (AP Photo/Michael Sohn)

The German military is looking into recruiting non-German citizens of the European Union in a bid to make up for years of underinvestment that drew criticism from President Trump and other NATO allies.

Army general inspector Eberhard Zorn told the German Funke newspaper the military had to “look in all directions in times of a lack of qualified personnel,” with E.U. citizens being “an option” to fill posts such as doctors and IT specialists, the BBC reported.

He admitted that “of course the Bundeswehr needs personnel” and that the army had to “push hard for a suitable new generation.” Current laws in Germany allow only German citizens to be members of the military. 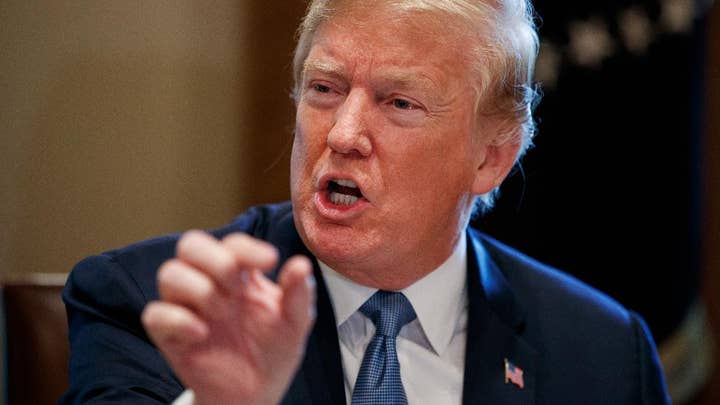 Zorn admitted that the idea of E.U. citizens joining the German army may be a difficult pill to swallow for other countries, particularly those east of Berlin.

Germany has set a goal of increasing its military personnel by 21,000 in about seven years. The force currently consists of more than 182,000 uniformed personnel.

TRUMP SLAMS 'UNDERSPENDING' NATO ALLIES AHEAD OF KEY SUMMIT, WARNS WTO: 'WE WILL BE DOING SOMETHING'

Germany and other European countries have been criticized for not spending enough on the military despite the increasing threats to Europe.

During the NATO summit in summer, Trump criticized countries such as France and Germany for falling short of their commitments.

“Many countries in NATO, which we are expected to defend, are not only short of their current commitment of 2% (which is low), but are also delinquent for many years in payments that have not been made,” he wrote in a tweet, asking: “Will they reimburse the U.S.?”

The German government only recently committed to raising its defense budget from 1.2% to 1.5% of its gross domestic product by 2024, according to the BBC.

The figure is way below the required 2% of the GDP NATO countries have to spend.

According to the BBC, at its current state, the German military is woefully unprepared for potential conflicts, with a great deal of the force not being ready for combat.

A report in Die Zeit claims existing fighter planes, tanks, helicopters and ships were in “dramatically bad” condition, while no submarines or large transport planes are combat-ready.

Out of nearly 100 newly built tanks, fighter jets and helicopters, only a third are actually ready to be deployed.