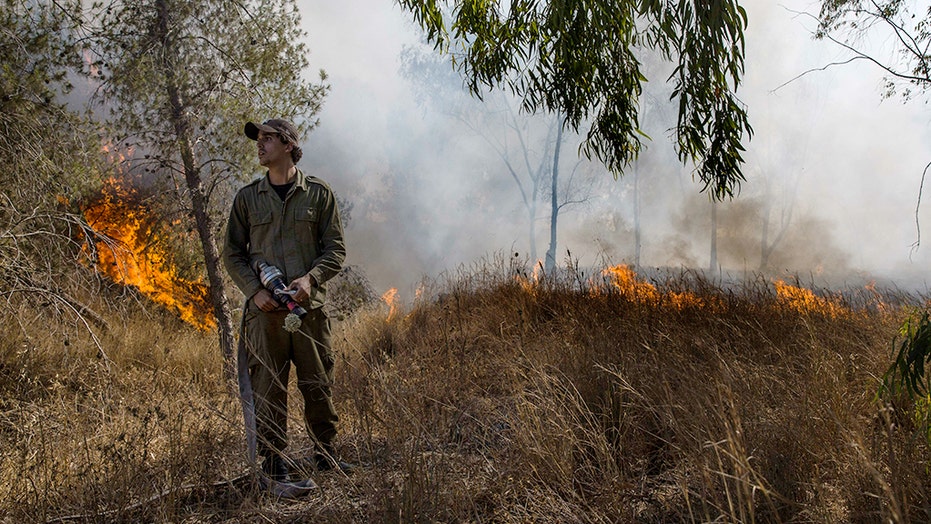 “Balloon bombs” launched from the Gaza Strip reportedly started 19 fires in southern Israel on Wednesday, the day after Israel announced it would halt fuel shipments to Gaza.

Investigators said the fires were started by “arson balloons,” The Times of Israel reported.

COGAT, the Israeli defense body responsible for Palestinian civilian affairs, said on Tuesday that fuel supplies would be cut until further notice because of the recent outbreak of fires in southern Israel. The move would cause more power cuts in the already-struggling and impoverished territory.

It also marked a shift for the country, which, over the last few weeks chose to respond to the attacks by putting restrictions on the size of Gaza’s fishing zone.

The shortage resulted in a partial shutdown of Gaza’s only power plant, according to Gaza’s electricity company, which said that it caused an “unpredictable” shortage in “the already disturbed” situation.

The plant powers Gaza for 16 hours a day when running at full capacity.

Earlier this month the area experienced a surge in violence, including two nights of rocket attacks and retaliatory Israeli Air Force strikes, according to The Times of Israel.

Electricity is a contentious issue between Israel and Hamas with Gaza’s militant rulers accusing Israel of not fulfilling promises to increase power supplies. Israel claims Hamas uses mass border protests as a cover for violence.