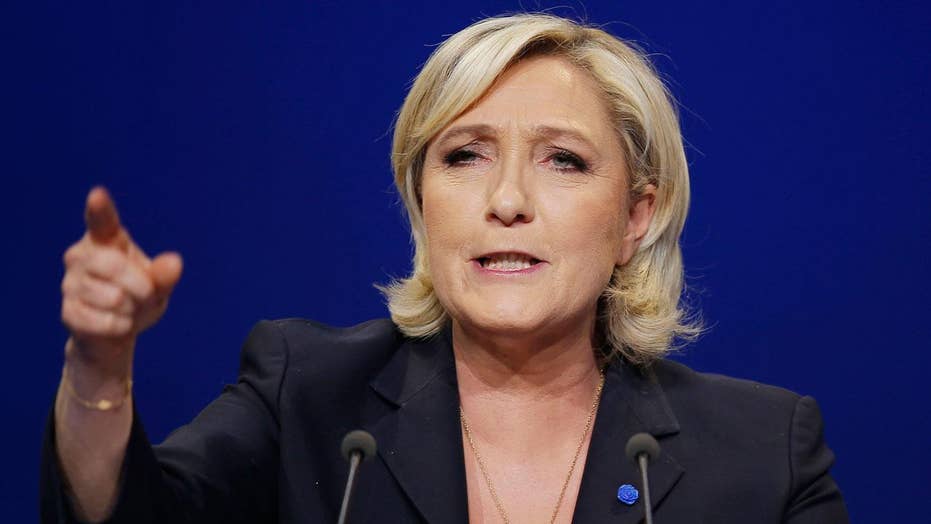 French presidential candidate Marine Le Pen said Friday she “abhors” Holocaust doubters as the temporary leader of her far-right party stepped down over allegations he expressed doubt that the Nazi used gas chambers to kill Jews.

Jean-Francois Jalkh, the just-appointed interim leader of the National Front, resigned Friday over the gas chamber comments reported in a 2000 interview.

Le Pen has worked to clean up the image of her National Front party to make it an acceptable alternative, and noted in an interview on BFM-TV that in 2015 she forced her father out of the party he founded and led for 40 years after he repeated a statement diminishing the Holocaust, for which he had been convicted.

Le Pen said that today "there is no one in the direction of the National Front who defend these theses."

Le Pen announced Monday she was stepping down as party leader after reaching the second round of the French elections. Her opponent, the independent centrist Emmanuel Macron is the favorite.

Seven decades after the end of World War II, emotions around France's history of collaborating with the Nazis remain raw in the country. France has never undergone a national atonement; instead, many people still view the actions of the collaborationist Vichy regime as a historical anomaly instead of atrocities committed by the French state.

Seeking the moral high ground, centrist presidential candidate Emmanuel sought to bring the horrors of the Holocaust home to voters with a visit Friday to Oradour-sur-Glane, site of the largest massacre in Nazi-occupied France. The town is today a phantom village, with burned-out cars and abandoned buildings left as testimony to its history.

On June 10, 1944, four days after the Allied D-Day landings in Normandy, an SS armored division herded villagers into barns and a church, blocked the doors, and set Oradour-sur-Glane ablaze. A total of 642 men, women and children died.

Macron wants to send a message to voters that Le Pen isn't a candidate like any other, but the heir of a party stained by anti-Semitism, racism and an outdated worldview.

The Real Madrid coach and former France international said that he is "far from all these ideas, from this National Front. So we need to do everything to avoid this."