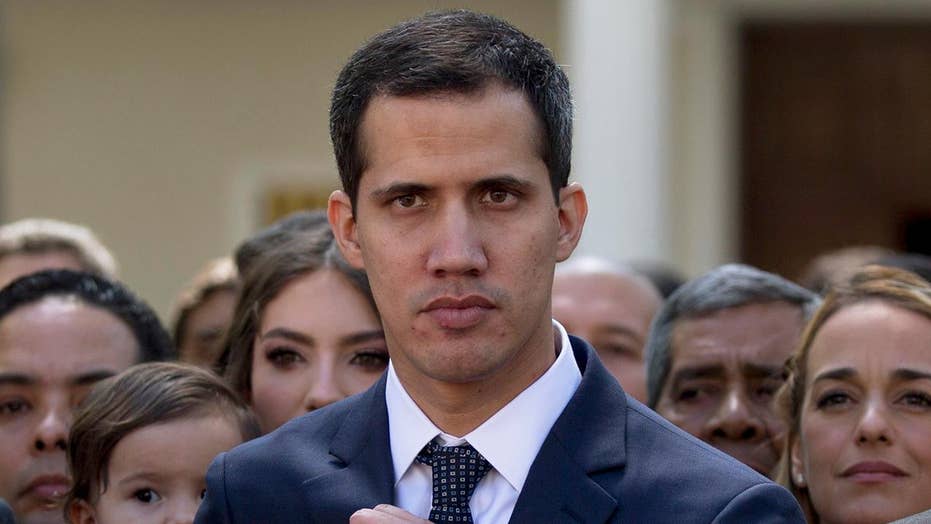 The former U.N. delegate from Venezuela, Isaias Medina, said Tuesday on “The Story with Martha MacCallum” opposition leader Juan Guaidó has passed a 'point of no return and it's about time,' while outlining the dangerous situation in his home country.

”First of all, I have to say that our interim constitutional president, Juan Guaidó, he has crossed the rubicon and there is no way back. This is a point of no return and it's about time,” Medina, who left his post in protest of disputed Venezuelan president Nicolas Maduro in 2017.

Guaidó urged Venezuelans to take to the streets for new mass protests Wednesday in an effort to oust Maduro.

In a video statement posted on social media Tuesday night, Guaidó also urged the military to join with those clamoring for change in Venezuela.

In a dramatic incident Tuesday during a chaotic day of violent street battles for a crowd that quickly swelled to a few thousand, several armored vehicles plowed into a group of anti-government demonstrators trying to storm the capital’s air base, hitting at least two protesters.

Medina described Maduro’s allies internationally saying that their involvement in Venezuela is to “challenge U.S. values and interests.”

“There was a response from the military and to begin with, we have to look at this from the global perspective, there are many pillars of support for Maduro. Internationally, as you have seen, he's got a $12 billion arsenal from Russia and military support, and of course, China, with its financial clout. You have a Iran, you have Turkey... and all they want to do is just expand their geopolitical stronghold in the region and to challenge the U.S. values and interests in the hemisphere,” Medina said.

President Trump warned he would impose a "full and complete embargo" and sanctions on Cuba if its troops do not cease operations in the South American nation.

Fox News’ Frank Miles and Gregg Re contributed to this report.