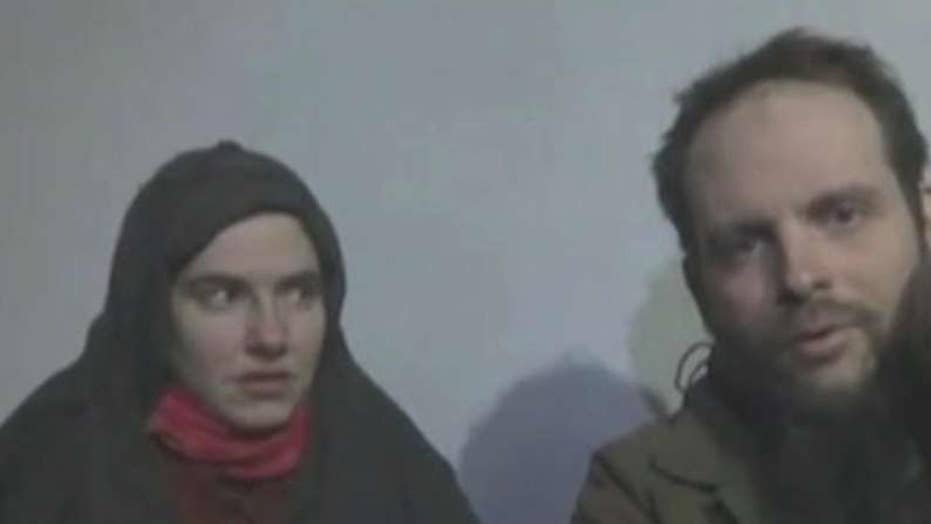 Freed hostages refuse to board US military plan

After being held hostage for more than five years, Caitlan Coleman, her Canadian husband and the three children are free but not yet home.

The American woman who was held captive with her husband by a Taliban-linked militant group claims her husband routinely physically and emotionally abused her while they were in captivity.

In new documents unsealed this week, Caitlan Coleman, 32, alleges that her husband Joshua Boyle regularly threatened to kill her by setting her on fire during their five-year ordeal as hostages by the Haqqani network.

The Ottawa Citizen reported that Coleman is seeking to gain sole custody of their three children – who were all born in captivity.

Coleman claims that throughout their time as hostages, her husband became increasingly erratic and irrational, “depicting me as an enemy of his life.”

“[He] had uncontrolled rage, instituted corporal punishment of me, and struck me in a fit of rage,” she said.

Coleman also accused her husband of having extremist ideologies that included “the complete subservience of women.” As evidence, she cited his previous marriage to Zaynab Khadr, the eldest daughter of Ahmed Said Khadr, a member of Usama bin Laden’s inner circle.

In his own 23-page affidavit, Boyle, a native of Canada, denied the allegations of abuse against him and instead accused her of neglecting their children because of mental health issues.

The couple, who met online and married in July 2011, were taken hostage on October 2012 after they went on an overseas trip to Afghanistan.

They were rescued in October 2017 by Pakistani security forces.

In January 2018, Boyle was charged with numerous crimes including sexual assault and was released on bail.

In July, an Ontario judge granted Coleman temporary sole custody of their children and issued a restraining order prohibiting Boyle from contacting or coming near his wife and the children.

Coleman currently lives in Pennsylvania with the kids. She is due to give birth to the couple’s fourth child this month, the Ottawa Citizen reported.