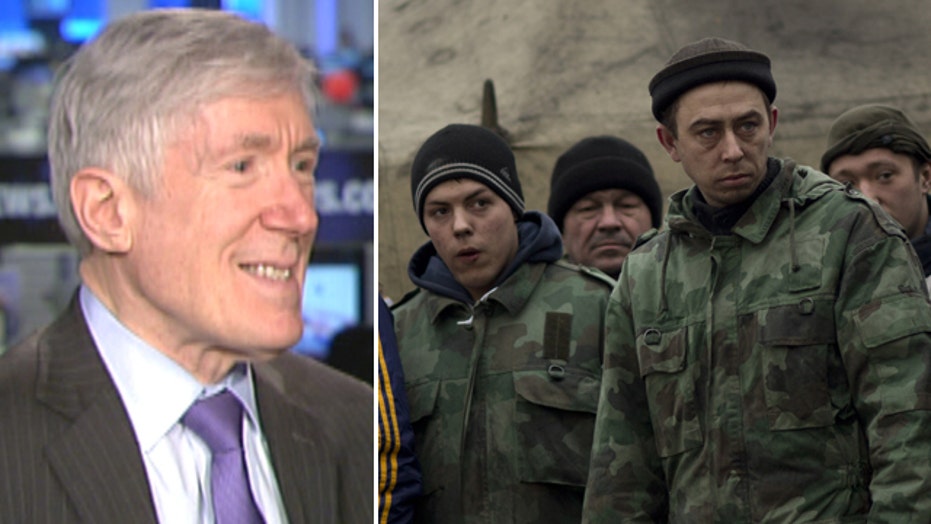 As officials in Ukraine remain torn over whether to align with the West or Russia, one issue that might sway where the country moves is its economy, according to a former State Department official.

In an interview with Fox News National Security Analyst KT McFarland, Robert Hormats explained the dire outlook ahead for Ukraine. Hormats served as former Under Secretary of State for Economic Growth, Energy, and the Environment in the Obama Administration.

“The economic situation is terrible. The country is losing reserves, its currency has deprecated, it has a substantial foreign debt," Hormats said. “It’s not getting any new investment in the country’s current environment.”

Ukrainians fear siding against Russia might have a devastating economic impact.

“Russia is a very big market and there is a concern if there is friction between Ukraine and Russia that market will adversely be affected,” Hormats said. “They [Ukraine] are highly dependent on natural gas and there concerns about that too.”

Hormats, vice chairman of Kissinger Associates Inc., says the likelihood of a bailout for Ukraine is slim because many countries, like the U.S., are stretched thin financially.

“The West doesn’t have a lot of ‘free’ cash lying around – we and the Europeans don’t,” Hormats said.

If no one comes to Kiev’s aid then Hormats sees this as a "big risk" to the region.

“They owe a certain amount of money," Hormats said. "Not a lot, but they owe a few billion dollars [to creditors].”