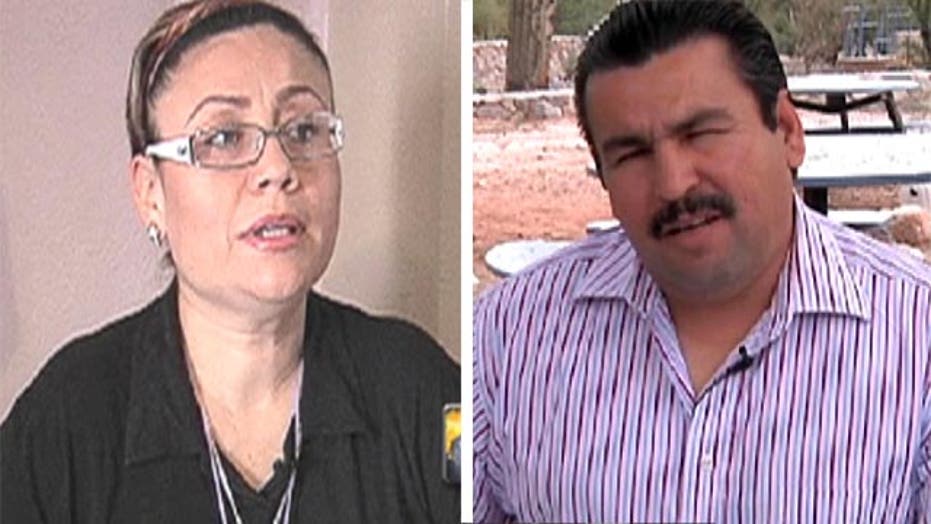 Fate of immigrants in sanctuary unclear, despite order

Rosa Robles Loreto, 41, has been living in Southside Presbyterian Church since early August to avoid an order of deportation. Immigration officials detained her after a routine traffic stop revealed she was in the country illegally. She had lived, worked and paid taxes in Tucson for the past 15 years.

Robles Loreto’s 9- and 11-year-old boys were both born in Mexico. Therefore she does not qualify for a reprieve under the new order, but she says she won’t stop fighting.

“I view the country as mine. I respect the laws here. I feel my sons are from here… they know nothing of Mexico. So I’m prepared to stay as long as I have to,” Robles Loreto told Fox News Latino.

Rosa may not be granted relief under the order, but her sons will benefit. They did not originally qualify for a deportation reprieve by Deferred Action for Childhood Arrivals (DACA), but the executive order will expand DACA to cover those who came into the country before Jan. 1, 2010. This means Rosa’s two sons should now be eligible for deferral.

Francisco Perez Cordova has been living at Saint Francis in the Foothills United Methodist Church since September. Immigration officials detained him in 2009 after his family member called police to report a burglary. When they arrived to assess the crime, officers determined Perez Cordova was undocumented and he was placed in removal proceedings.

“We called to report a crime. We were the victims, and I ended up being arrested... I think a lot of people are scared to call the police when bad stuff happens to them, because they don’t want to be taken,” said Perez Cordova.

He says he was very excited when he heard that President Obama would be making a speech on immigration, and even more excited when his lawyer told him that he qualified for a stay of deportation. But his situation has yet to change.

“My lawyer, he was here. And right away he tells me ‘congratulations’. So I feel good. And then he tells me, ‘now we want to take you out as fast as we can’. But it’s still a lot to do because now the person who can sign this paper, they don’t want to sign it, ” Perez Cordova told FNL.

Francisco has lived and worked in Tucson for nearly two decades, and all five of his children were born in Arizona. These factors should qualify him for relief under the order.

But he says his lawyers received word from Immigration and Customs Enforcement that a reprieve will not be granted to anyone who is currently facing deportation. According to his legal team, the officials handling his case received that directive to deny relief from the Department of Homeland Security in Washington, D.C.

ICE officials deny that and insist any decisions on undocumented immigrants currently facing deportation will be made on a case-by-case basis.

Perez Cordova says he wants people to understand that the executive order doesn’t mean he will be free any time soon, and that he has to keep fighting for a chance to stay in the country.