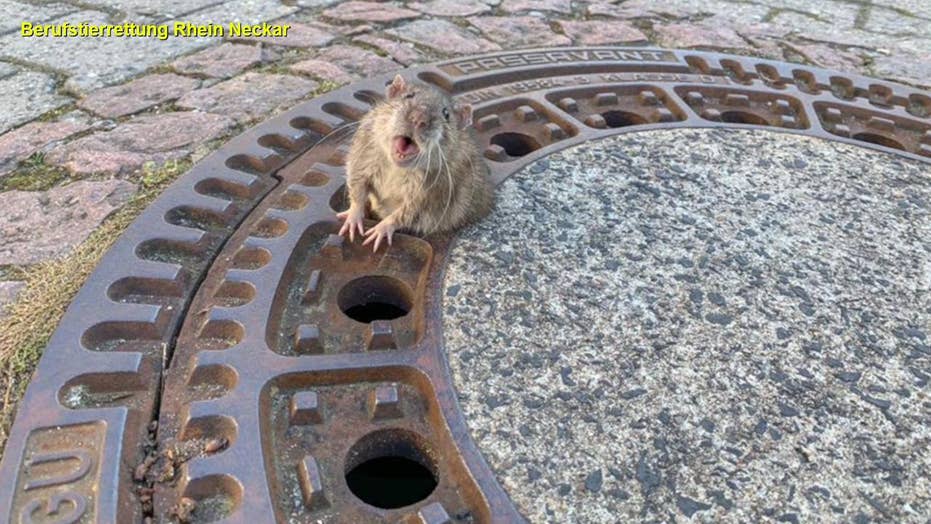 WILD PICS: What happened when this chubby rat got stuck in a grate?

A rat packing on a little extra winter weight got stuck in a sewer grate in Germany on Sunday afternoon, prompting an impressive rescue effort.

Nine emergency responders, including firefighters and animal rescue, arrived at the scene in the town of Bensheim in southwestern Germany to give the rotund rat a hand.

Two young girls apparently made the discovery and looked on as the rescue team struggled to free the animal.

Nine emergency responders, including firefighters and animal rescue, arrived at the scene in the town of Bensheim in southwestern Germany to give the rotund rat a hand (Berufstierrettung Rhein Neckar)

"She had a lot of winter flab and was stuck fast at her hip - there was no going forward or back," said Michael Sehr, a professional animal rescuer from Rhein Necker, according to BBC.

As the situation looked more and more hopeless, rescuers eventually were able to prop up the manhole and secure a safety loop around the rat, and popped her out of the narrow opening.

Video and photos showed the entire scene unfolding, leading up to the rat's eventual return to her home in the sewer.

To top off the story's happy ending, the two young girls who discovered the rat reportedly drew a picture for the rescuers, which showed the rat surrounded by hearts.

Some commenters were quick to question why such an enormous effort was exerted to save a sewer rat, but Sehr had an easy response to critics.

"Even animals that are hated by many deserve respect," he said.