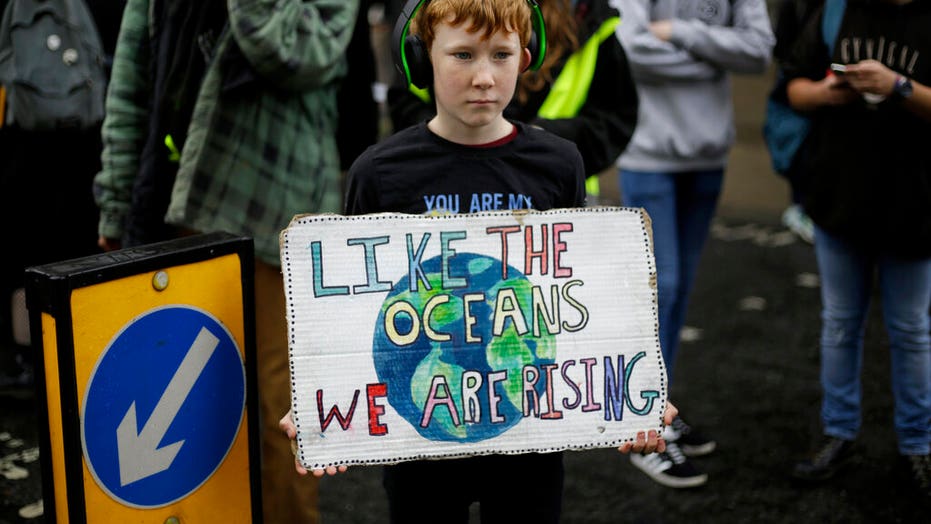 The climate activist group that has disrupted travel recently in the London area announced Wednesday that its members -- including the ones who apparently have been sitting in trees for days -- are packing up and heading home.

Extinction Rebellion and its self-described “rebels” made headlines last week after snarling traffic and public transit in the U.K.’s capital through a series of blockades and demonstrations. The group, which is trying to force the British Parliament into accepting their climate action-related demands, now says its members will leave protest sites at the Marble Arch and Parliament Square tomorrow.

“We will leave the physical locations but a space for truth-telling has been opened up in the world,” Extinction Rebellion said in a statement. “We know we have disrupted your lives. We do not do this lightly. We only do this because this is an emergency.”

The group’s statement also thanked its supporters for putting their “bodies on the line”.

Since the demonstrations began last Monday, police have arrested more than 1,000 of the protesters, but only about 70 are currently facing charges, the Associated Press reports.

At the height of the protests, London’s busy Waterloo Bridge was closed for days and rail travel was temporarily delayed after demonstrators glued themselves to the sides of train cars.

But the protesters’ momentum appeared to hit a major snag Friday when a hyped-up claim to “shut down” London’s Heathrow Airport turned out to be a flop.

Protesters are seen in the trees during a climate protest in Parliament Square, in London, on Tuesday. (AP)

Extinction Rebellion also has faced criticism for their protest tactics. Some have pointed out that despite wanting to save the Earth, the climate protesters have actually doing harm to it by snarling more environmentally-friendly public transit systems and forcing cars and buses to idle in gridlock traffic – and therefore belch exhaust into the atmosphere – as a result of their disruptions and roadblocks.

Oscar-winning actress Emma Thompson faced similar criticism after she flew from Los Angeles to London to join in on the demonstrations last week.

Speaking to a crowd in Oxford Circus, Thompson, according to the Associated Press, remarked that “it makes me so happy to be able to join you all and to add my voice to the young people here who have inspired a whole new movement."

Then, while in conversation with reporters, she admitted that “unfortunately sometimes I have to fly but I don't fly nearly as much as I did, because of my carbon footprint and I plant a lot of trees."