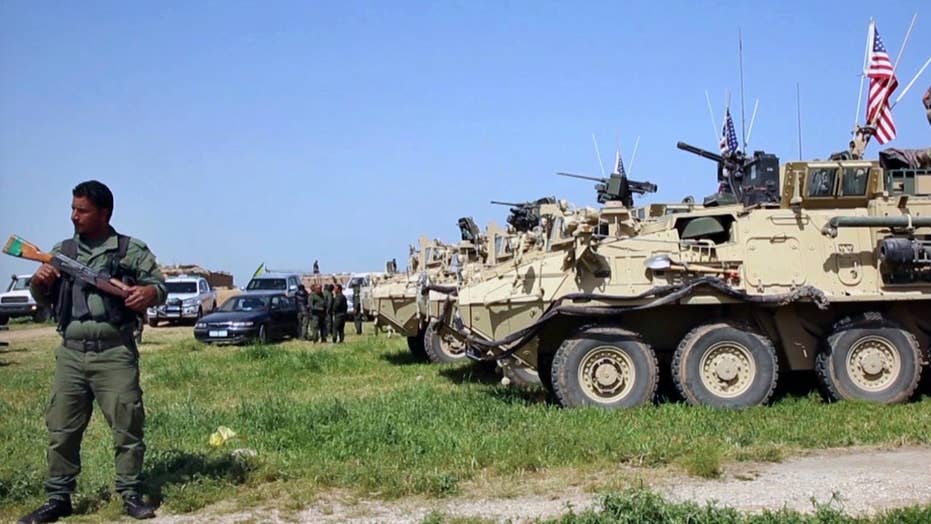 Trump authorizes US to arm Kurdish fighters in Syria

Turkish President Recep Tayyip Erdogan on Wednesday said he hopes the United States will reverse its decision to arm Syrian Kurdish fighters who are perceived as terrorists by Ankara.

The U.S. announced Tuesday it would arm Syrian Kurdish fighters in a bid to recapture the ISIS stronghold of Raqqa – despite Turkey's opposition. Ankara considers the Syrian Kurds as an extension of Kurdish rebels in Turkey that have led a three-decade long insurgency against the authorities.

"We are keenly aware of the security concerns of our coalition partner Turkey," Pentagon spokeswoman Dana White said in a statement obtained by Reuters. “We want to reassure the people and government of Turkey that the U.S. is committed to preventing additional security risks and protecting our NATO ally.”

Erdogan spoke during a joint news conference with the visiting president of Sierra Leone. Erdogan said he would take up the issue during a planned meeting with President Trump on May 16.

"I hope that they will turn away from this wrong," Erdogan said.

Earlier Wednesday, Turkey’s defense minister said the decision to supply arms to Kurdish fighters could develop into a “crisis” between the U.S. and Turkey.

Fikri Isik told NTV television that Turkey had the power to defend its national interests in Syria, but he didn’t elaborate further on what he meant.

Isik said it's out of the question for Turkey to support any operation involving the Syrian Kurdish fighters.