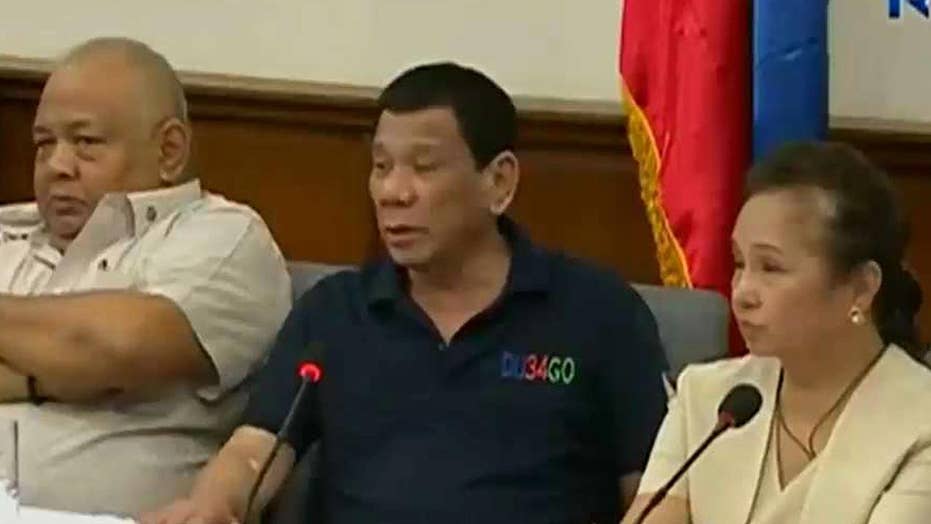 Filipino President Rodrigo Duterte on Tuesday reportedly threatened to "declare war" against Canada within the next week if the country fails to remove tons of garbage that was previously shipped to Manila.

Duterte, in remarks aired by state media and reported by The Canadian Press, said he will "give a warning to Canada maybe next week that they better pull that thing out or I will set sail."

"I will declare war against them. I will advise Canada that your garbage is on the way. Prepare a grand reception. Eat it if you want to," he said. "Your garbage is coming home."

Environmental activists protesting the tons of garbage Canada shipped to the Philippines in front of the Canadian Embassy in Makati in 2015.<br data-cke-eol="1"> (Getty Images)

The garbage reportedly consists of electronic and household waste.

Between 2013 and 2014, Canada shipped tons of waste in 103 containers to the Philippines and ,in the years since, has been pushing the Southeastern Asia country to dispose of it.

When Canadian Prime Minister Justin Trudeau visited Manila in 2015, he said that a "Canadian solution" was being developed and said the situation would not occur again, according to the news outlet.