A scandal that erupted inside Trudeau's Cabinet threatens to drown the entire administration; Gillian Turner reports.

In the recording released on Friday, Michael Wernick, an aide to Trudeau, told then-Justice Minister Jody Wilson-Raybould that the prime minister, fearing the loss of Canadian jobs, “is determined, quite firm” to avoid prosecution of the powerful Canadian engineering company in a case involving allegations of bribery and corruption in Libya.

Wilson-Raybould said during the call that she found the aide’s pressure “entirely inappropriate” and accused the administration of “political interference,” which Wernick denied.

The recording is likely to raise more questions about alleged pressure by the Trudeau administration on the former attorney general to dissuade her from filing criminal charges against SNC-Lavalin, which employs about 9,000 people in Canada and some 52,000 around the world.

The company is accused of bribing officials in Libya with millions of dollars between 2001 and 2011 to secure government contracts there. 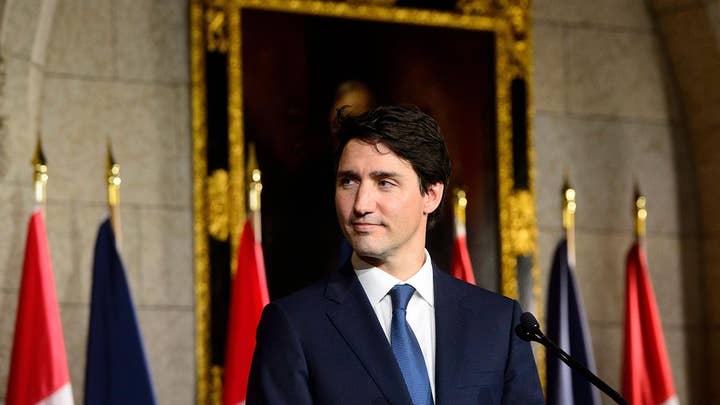 Wernick is heard in the recording saying it’s not beneficial for Wilson-Raybould to be at “loggerheads” with Trudeau, who suggested a deferred prosecution whereby the company could be fined instead of undergoing a full-blown trial.

“I think he is going to find a way to get it done one way or another. He's in that kind of mood. I wanted you to be aware of that,” Wernick said.

“I think he is going to find a way to get it done one way or another. He's in that kind of mood. I wanted you to be aware of that.”

He said Trudeau believes the government should work to protect the 9,000 jobs at the company. SNC-Lavalin depends on government contracts and prosecution would prohibit it from receiving such contracts for a decade.

Earlier this month, Trudeau addressed the nation about the scandal for the first time, saying there had been a breakdown in trust and communication with his former justice minister.

During the press conference, Trudeau declined to apologize to the Canadian people and said his administration had acted appropriately.

Another minister from Trudeau’s cabinet resigned earlier this month. Treasury Board president Jane Philpott said it was “untenable” for her to remain in the cabinet amid the scandal and that she could no longer defend the government.

Trudeau’s popularity has markedly declined, sparking opposition calls for his resignation and demands for an independent inquiry.