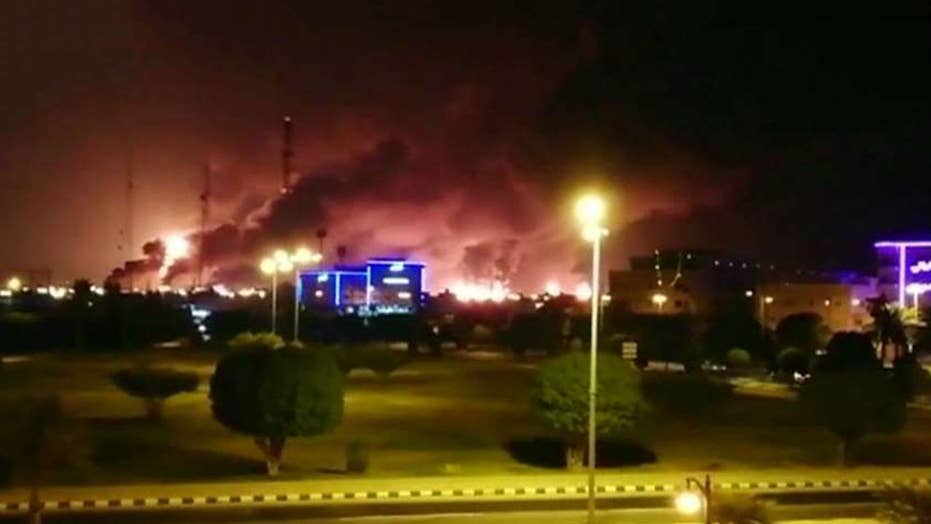 “The Americans adopted the ‘maximum pressure’ policy against Iran, which, due to its failure, is leaning towards ‘maximum lies’,” Iranian Foreign Ministry spokesman Abbas Mousavi said, according to the Associated Press.

Saturday’s attacks, for which Yemen's Houthi rebels claimed responsibility, resulted in “the temporary suspension of production operations” at the Abqaiq processing facility and the Khurais oil field, Riyadh said. They followed weeks of similar drone assaults on the kingdom's oil infrastructure, but none of the earlier strikes appeared to have caused the same amount of damage.

The attacks led to the interruption of an estimated 5.7 million barrels in crude supplies, authorities said, while pledging the kingdom's stockpiles would make up the difference. That size of shutdown hasn't occurred since Iraq invaded Kuwait in 1990, The Wall Street Journal reported.

But Saudi officials told the Journal that normal levels of oil production would resume by Monday.

The rebels hold Yemen's capital, Sanaa, and other parts of the Arab world's poorest country. Since 2015, a Saudi-led coalition has fought to reinstate the internationally recognized Yemeni government.

What remained to be seen were the attacks’ effect on world energy prices. With markets closed Sunday, the answer wouldn’t be known for another 24 hours.

But one undeniable impact was an increase in Middle East tensions amid escalating U.S.-Iran hostilities as the Obama-era nuclear deal between Tehran and world powers continues to unravel.

Meanwhile, President Trump on Saturday called Saudi Arabia's Crown Prince Mohammed bin Salman to offer his support for the kingdom's defense, the White House said. The crown prince assured Trump that Saudi Arabia was "willing and able to confront and deal with this terrorist aggression," according to a news release from the Saudi Embassy in Washington.

​​​​​​​Fox News’ Sam Dorman and The Associated Press contributed to this report.