Grief-stricken family members and witnesses to Friday's pipeline explosion in central Mexico -- which killed at least 73 people, burning many to just bones or ash, and injured at least 74 -- were still reeling from the tragedy Saturday.

She said she arrived at the scene before the explosion, watching as some 300 people carried containers to collect fuel from an illegal tap in the pipeline Friday evening.

After the blast, “They shouted the names of their husbands, brothers, their family members," she recalled, of people searching for loved ones.

"It was very ugly, horrible. People screamed and cried."

On Saturday, health officials were taking DNA samples from relatives to help identify the dead, dozens of whom were badly burned. Hugo Olvera Estrada said he visited six nearby hospitals hoping to find his 13-year-old son, who joined the crowd at the spill and remains missing. 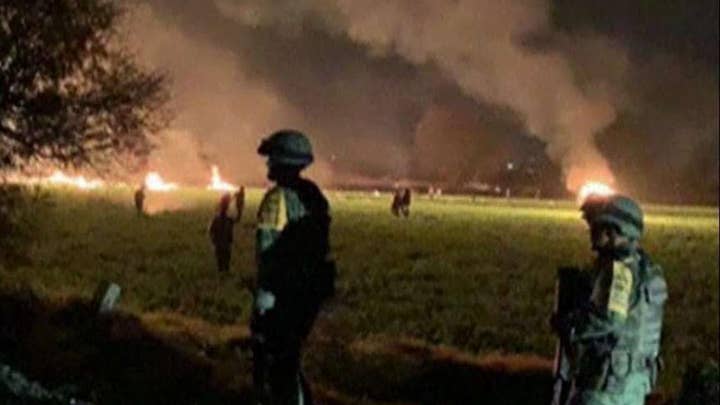 Isaias Garcia, a farmer who witnessed the explosion from a distance, explained why so many had come to the area.

"Everyone came to see if they could get a bit of gasoline for their car," he said. "There isn’t any in the gas stations."

"Everyone came to see if they could get a bit of gasoline for their car. There isn’t any in the gas stations."

— Isaias Garcia, a farmer who witnessed the explosion

“Some people came out burning and screaming,” he added.

The tragedy comes as Mexican President Andres Manuel Lopez Obrador -- known as "AMLO," who took office in December -- has vowed to eradicate fuel thieves who illegally drilled taps into pipelines an estimated 12,581 times during the first 10 months of 2018, an average of about 42 violations per day.

"We are going to eradicate that which not only causes material damages, it is not only what the nation loses by this illegal trade, this black market of fuel, but the risk, the danger, the loss of human lives," said Lopez Obrador, who ran on an anti-corruption platform before being elected last year.

The tragedy prompted reactions from officials in the United States, including Homeland Security Secretary Kirstjen Nielsen, who offered assistance from her agency in a tweet Saturday.

“Our condolences go out to those who lost their lives in Mexico yesterday. @DHSgov stands ready to assist the first responders and the Mexican Government in any way possible,” she wrote.

Before the blast, a festive atmosphere

Friday evening had begun much differently. Hundreds of people gathered in a festive atmosphere in a field in Tlahuelilpan in Hidalgo state - about 62 miles north of Mexico City – to where a duct had been punctured by fuel thieves, sending gasoline spewing 20 feet in the air.

Over two hours, hundreds descended on the site.

The pipeline, which was operated by state oil company Petroleos Mexicanos, or Pemex, then burst into flames and exploded. Pemex Chief Executive Octavio Romero said around 10,000 barrels of gasoline were rushing through the pipeline when it ruptured.

Mexican Defense Secretary Luis Cresencio said Saturday that 50 soldiers are stationed every 12 miles along the pipeline, aided by patrols. They have been ordered not to confront fuel thieves out of fear that it could result in the shooting of unarmed civilians or soldiers being attacked by a mob.

"We don't want this sort of confrontation," Cresencio said. 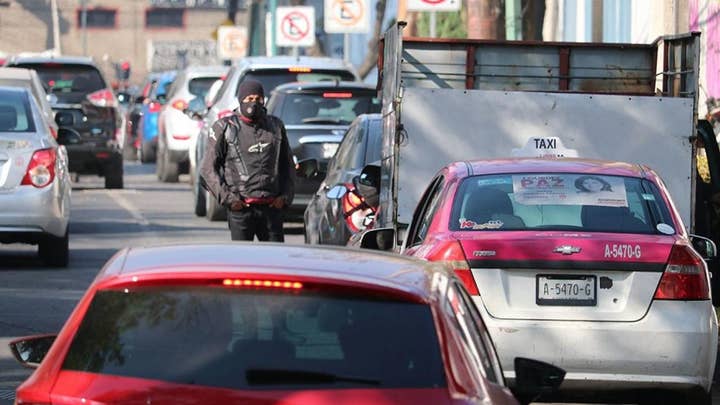 In December, Lopez Obrdor ordered pipelines closed, leading to gas shortages in central Mexico. Local media reports said more than half of the gas stations in Hidalgo were closed.

Arely Calva Martinez said the shortages have tempted some to get gas through illegal means. Her brother, she said, is a teacher and badly needed gas for his commute to work when he saw on Facebook that fuel had been spewing onto the field.

The brother, Marco Alfredo, and another brother, were at the field when the explosion occurred.

"I think if there had been gas in the gas stations, many of these people wouldn't have been here," Calva Martinez told the Associated Press while holding a photo of her brothers.

"I think if there had been gas in the gas stations, many of these people wouldn't have been here."

The brother of Erica Bautista and his wife were both missing Saturday. She said he faced “enormous lines” for gas and received a phone call alerting him of the fuel spill.

"We want to at least find a cadaver," she said while weeping.