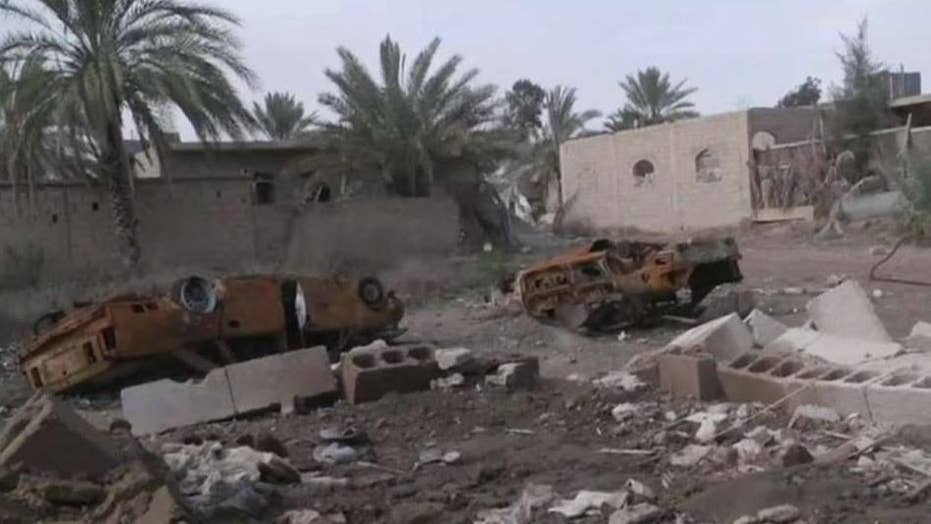 More than 300 ISIS militants holed up in a small village

A convoy of some 2000 people is said to have rolled out of Deir Az Zor in Syria’s northeastern province Wednesday, signaling the last civilian evacuation ahead of the last battle against the remaining ISIS militants holed up inside.

Between ten and fifteen trucks clogged with men, women, and children – including families and children of ISIS fighters – were seen leaving Baghouz, the last ISIS pocket in which 300 militiamen are estimated to remain inside ahead of a final showdown, in addition to around 2000 non-combatants.

But as the U.S-backed Syrian Democratic Forces (SDF) close in on the final terrorist terrain, and coalition forces pummel from the air, human rights groups accuse the insurgent outfit of continuing to commit grave human rights abuses and purporting to prevent civilians from leaving the hot zone.

It's believed the civilians are being transported to al-Hol camp, where they will be screened by local SDF commanders to ensure they aren’t ISIS members, but will likely face challenging conditions as resources at the facility are dwindling, and disease and malnutrition run rampant, despite the growing number of displaced persons. At least 60,000 people are currently residing at the facility, poised in the desert where Syria meets Jordan and Iraq.

WHERE IS BAGHDADI? INSIDE THE HUNT FOR THE ELUSIVE ISIS LEADER, THE WORLD’S MOST WANTED MAN

While the SDF has announced it is in the final preparation phase to clear the region of its last and “most hardened” formation of fighters, a monitoring group covering the area has also indicated that the militants left standing could have already departed following negotiations with the SDF.

Nonetheless, the final liberation is expected to come within weeks – if not days – marking the end of a bitter five-year war against the terrorist organization, which first cemented its foothold amid the chaos of the Syrian Civil War.