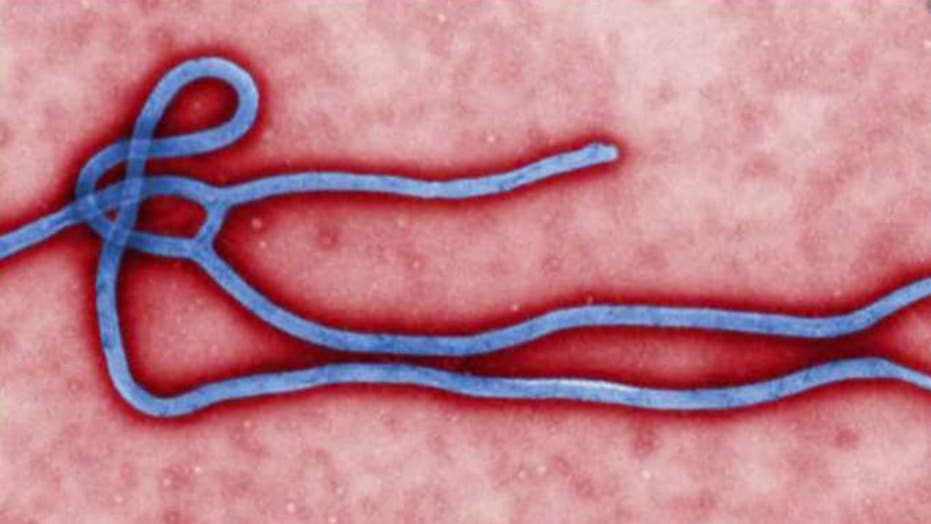 The outbreak has killed over 1,800 people and has been declared a health emergency of global concern.

Three Congolese medics were arrested Wednesday in the murder of a Cameroonian doctor who was treating Ebola patients in the Democratic Republic of Congo, prosecutors revealed.

World Health Organization (WHO) doctor Richard Mouzoko was fatally shot in April by militiamen while treating patients in a hospital in the city of Butembo, one of the epicenters of the Ebola outbreak. The medics arrested have not been publically identified and the motive for his killing is unknown, the BBC reported.

WHO doctor Richard Mouzoko from Cameroon was killed in April when he was fatally shot in a hospital in the city of Butembo, treating patients at one of the epicenters of the year-long Ebola outbreak. He was one of few medics deployed to the Congo to help victims against the spread of the virus. (World Health Organization via Twitter)

Senior military prosecutor Lt. Col. Jean-Baptiste Kumbu told local media that fighters who attacked treatment centers disclosed four medics who were involved in planning the attack. The three Congolese medics arrested will be prosecuted for “terrorism” and “criminal conspiracy," he said, while the fourth doctor is still loose, the BBC reported.

The WHO described Mouzoko as “passionate” and “always ready to go where people would need his help most," and said he was a committed professional who helped train hundreds in the medical field. He was also one of few medics deployed to the Congo to help victims against the spread of the virus.

“He would regularly spend 15 to 20 days a month working among isolated communities in his home country, Cameroon, far from his wife and 4 children,” the WHO added.

This Tuesday, April, 16, 2019 photo taken in Congo shows an Ebola health worker at a treatment center in Beni, Eastern Congo. Uganda's health ministry said late Tuesday, June 11, 2019 that a 5-year-old Congolese boy who crossed into Uganda has tested positive for Ebola in what is the first cross-border case of the deadly virus since an outbreak started in neighboring Congo last year. (AP Photo/Al-hadji Kudra Maliro, File)

Medical officials in the region have faced violence from militiamen and enraged locals because of disinformation that about the Ebola crisis, with some claiming it is a conspiracy fabricated by domestic and foreign governments to attain financial profits and destabilize the region, the BBC reported.

Roughly 200 health facilities have since been attacked in the Congo this year, and 54 people remain detained in connection to such attacks on medical centers.

The Ebola outbreak in eastern Congo began last year and spread to the region’s largest city of Goma last month, killing 1,800 according to health authorities. It remains the second deadliest epidemic, topped by the crisis in 2014-16 when that outbreak killed 11,310 people in Guinea, Liberia, and Sierra Leone.