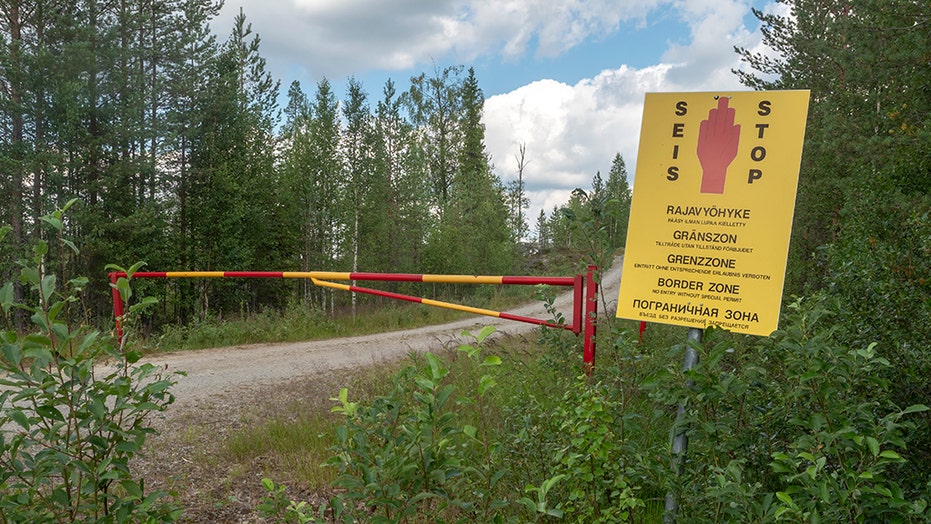 A con man was arrested by Russian authorities for allegedly constructing fake border posts designed to trick migrant workers into believing they had entered Finland — when in fact they had entered the Russian town of Vyborg.

The unidentified man promised migrant workers he could smuggle them into the European Union, erecting mock border posts and charging four men from South Asia over $10,000 each to supposedly enter Finland, an EU member country, the Russian FSB border guard service said on Wednesday.

The four Asian men were eventually stopped by real border guards, who informed them they were still in Russia.

No entry sign at border zone between Finland and Russia

“The man never planned to carry out his promises,” Interfax news agency said, according to The Guardian.

He installed fake posts marking the border between Russia and Finland and led the men on a complicated route by car and on foot — even marching along a lake where he brought an inflatable boat "just in case."

The man planned to tell the migrants they were in Finland when they traveled past his constructed fence post, according to the outlet.

The migrants were detained on Nov. 28 and on Wednesday a court in St Petersburg fined them for immigration offenses and ordered their deportation. Video released by Russian authorities reportedly showed the men standing in the dark with their hands in the air.

The fake smuggler was also detained and is facing a more serious charge of fraud, pending a trial, according to The Guardian.

"The incredible adventure of the foreigners in the night-time quiet of the Vyborg woods ended with a decision of the Vyborg district court," the FSB statement said.

The two countries share a border of roughly 833 miles.