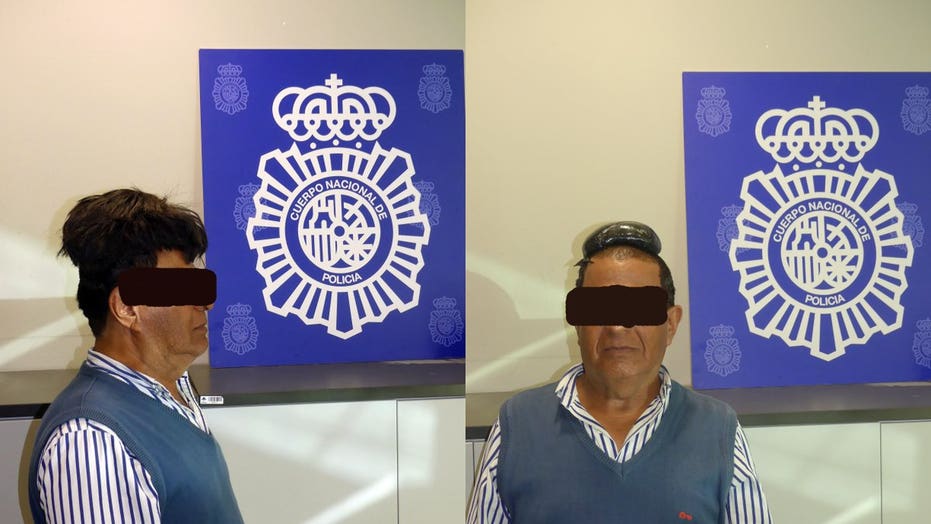 A Colombian man who looked nervous coming out of his flight in Barcelona, Spain caught the attention of security officials not for his actions, but for his very unusual looking wig.

In particular, officials noticed the height of his wig.

When officers approached the 65-year-old man, who had just arrived on a flight from Bogota, they asked him to remove his wig.

A 65-year-old Colombian man was busted for trying to smuggle a pound of cocaine under his wig in Barcelona, Spain. (Spanish National Police)

Police said the street value for the drugs was about $33,650.

The man, who was not identified, was immediately arrested.

Coast Guard cutter offloads 26,000 pounds of cocaine and more than 1,400 pounds of marijuana

The drugs were seized over a 3-month period by the USCGC Hamilton and have an estimated street value of nearly $40 million.

Spain is one of the main European ports of entry for Colombian cocaine with passengers acting as mules frequently getting caught by authorities trying to smuggle small quantities of the drug.

On one occasion, officers in Barcelona discovered a Colombian man with a package of drugs strapped to his abdomen. He told police that he had also swallowed 35 condoms filled with the drug, The Guardian reported.

In May, 12 people were arrested in Spain in connection to a cocaine-smuggling ring that mixed the drug with industrial plastic pellets in a bid to avoid detection.