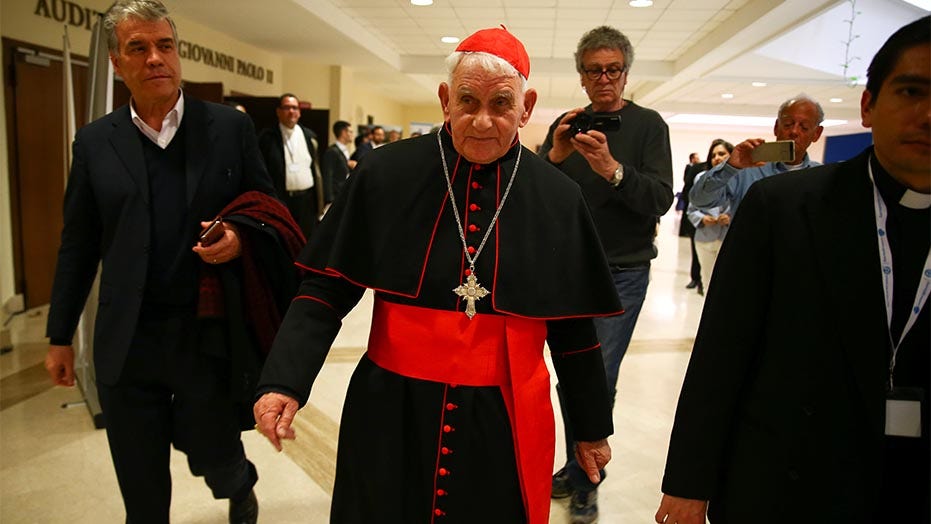 Spirited Debate: Father Vincent Lampert on the reality of exorcisms and that they are still occurring even today

With a rise in reported demonic possessions and devil worship in the era of social media, the Roman Catholic Church opened its doors to non-Catholics for the first time during its annual exorcism training conference.

About 250 members of the Catholic, Anglican, Lutheran, Greek Orthodox, and Pentecostal churches are attending a week-long intensive course called "Exorcism and the Prayer of Liberation," which wraps up on Saturday at the Pontifical Athenaeum Regina Apostolorum, a Catholic educational institute in the capital of Italy.

SATANIC TEMPLE DESIGNATED AS CHURCH, GIVEN TAX-EXEMPT STATUS BY IRS: 'SATANISM IS HERE TO STAY'

“Catholics are by no means the only Christians who have developed methods to help possessed people or to rid a space of evil spirits,” Father Pedro Barrajón, an exorcist from Spain who is in charge of programming at the conference, said, according to the Daily Beast. “This is the first time we have included so many other religious representatives to share how they do this work. We think collaborating will help us create best practices.”

And while some have mocked or dismissed it, the experts at the conference have firsthand experience with it.

Father Vincent Lampert, a Vatican-trained exorcist of the Indianapolis Archdiocese, told "Spirited Debate" with Lauren Green he's seen people levitate, have their eyes roll back in the head, and even howl and growl, all of which he says are meant to distract the exorcist from leading the person to God and away from the demonic.

This year's exorcism conference marks the 14th year and the Catholic Church says things have changed.

“We don’t open it to everyone, obviously,” Barrajón says. “That would open us up to being infiltrated by devil worshippers, not those trying to fight him. It is not something we think should be taken lightly.”

It blames the secularization of society on the increasing popularity of competing religions, tarot readings, astrology, the internet, and atheism.