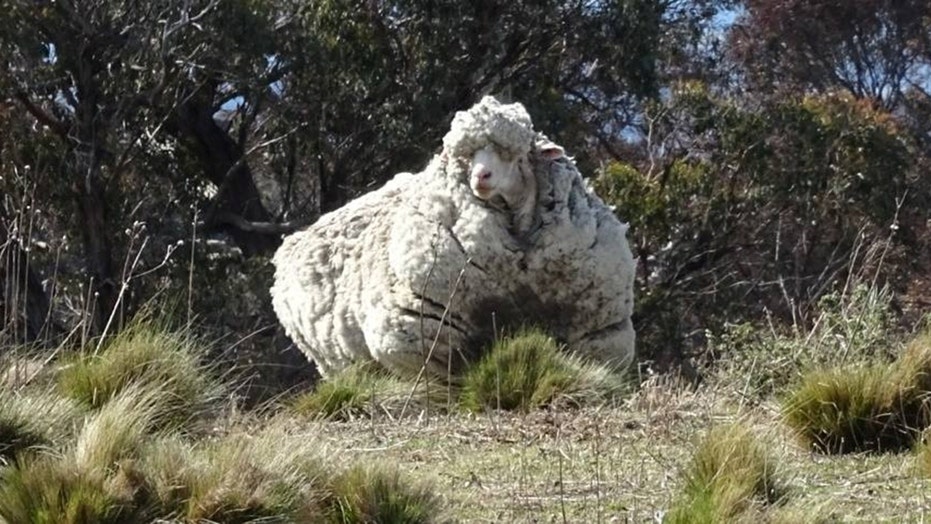 A sheep in Australia who was discovered to have grown a record-breaking amount of wool has died, his "heartbroken" caretakers announced Tuesday.

"We are heartbroken at the loss of this sweet, wise, friendly soul," the sanctuary said.

Chris, a Merino, was rescued in 2015 after he was discovered wandering in the wilds near Canberra.

"He had been living a sad life of isolation with only mobs of kangaroos as his company for an amazing period of five years," according to the group. "Spotted by bush walkers, his rescue was organized."

Chris the woolly sheep is seen in this undated picture from social media obtained by Reuters on October 22, 2019. (SPCA ACT /via REUTERS)

But when he was found in the wild, the sheep resembled a cloud on legs that struggled to stay alive.

The animal was carrying 90 pounds of wool at the time, which set a world record, according to Guinness World Records.

"When found, Chris’s life was at risk – he was so woolly from living in the wild for several years that he could barely stand and was in urgent need of shearing to prevent infection," according to the organization. "The shearing took approximately 45 minutes."

His wool was later donated to the National Museum of Australia, which placed it on display.

The museum said that it's likely Chris only had weeks to live, as the heavy wool would have left him unable to move and vulnerable to heat stress in approaching warm weather.

"Modern domesticated sheep raised for wool have been bred not to lose their fleece, as wild sheep do. If the fleece isn’t cut off, it will continue to grow," the museum states. "Based on the length of Chris’s wool, it is estimated he had gone without shearing for at least five years."

Little Oak Sanctuary said that while Chris may have garnered attention for his heavy wool, the animal was "so much more than this."

"We will remember him for all that he was - someone, not something - here with us, not for us," the group said, in part. "RIP dear Chris."