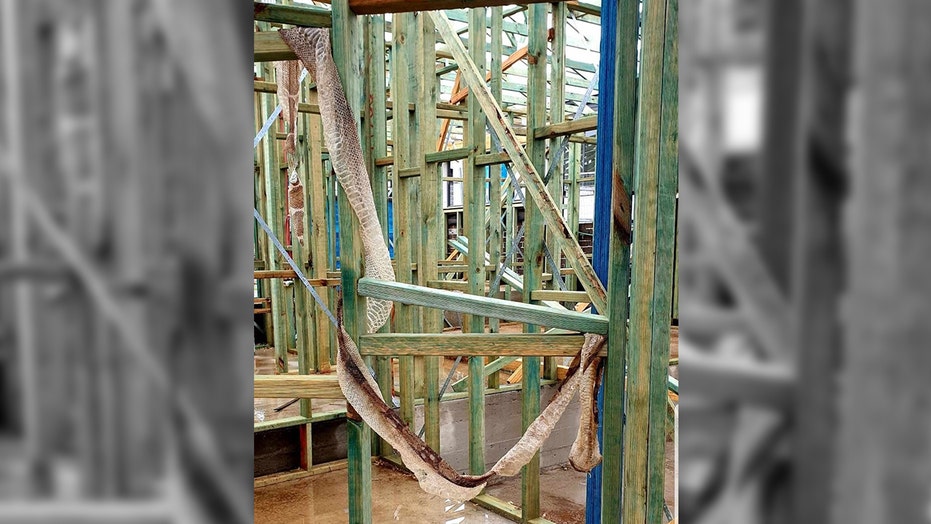 There's a slithering bandit on the loose Down Under.

Officials in Australia are searching a suburb of Sydney where an adult boa constrictor is believed to be "at large" after "freshly shed" snake skin was discovered last week.

Professional snake wrangler Australian Snake Catchers said on Facebook the boa constrictor, about 8.2 feet long is believed to be loose in the Cascades area of Silverdale.

"We have been out to the property and conducted an extensive search of the surrounding area," the group said. "DO NOT ATTEMPT TO CAPTURE THIS SNAKE."

KISS TO PERFORM UNDERWATER FOR GREAT WHITE SHARKS IN AUSTRALIA

The New South Wales Government warned residents in a letter the adult boa constrictor was "at large" in or around the Cascades Estate area.

In the letter, the government said it was "in the process of trying to locate and capture the animal and is requesting that residents be on the lookout for it and to report any sightings."

Officials in Australia are searching a suburb of Sydney where an adult boa constrictor is believed to be "at large" after "freshly shed" snakeskin was discovered. (Australian Snake Catchers/Facebook)

Officials sent out the warning after a "freshly shed snake skin" was found at a construction site on Oct 9.

Boa constrictors, native to Central and South America, are considered to be one of the world's largest snake species with an average length of up to nine feet. The reptiles are illegal in Australia, only allowed in zoos for conservation reasons, and are known for being an invasive species.

"The Boa constrictor can represent a threat to humans, particularly small children, as well as domestic pets. It may impact on agricultural activities and it is known to threaten species of amphibians, birds, lizards, snakes and bats," according to the NSW government.

AUSTRALIAN MAN, 19, ARRESTED FOR MOWING DOWN 20 KANGAROOS WITH CAR: POLICE

Sean Cade from Australian Snake Catchers told the BBC he believes the snake was kept as an illegal bpet, and "more than likely been bred in Australia."

Cade also warned the snake can eat prey "four times the size of its stomach."

"This thing would take a full-sized kangaroo mate, no problem," Cade told the BBC. "The fear is that a young kid will be playing in the back yard, and this snake will mosey on up."