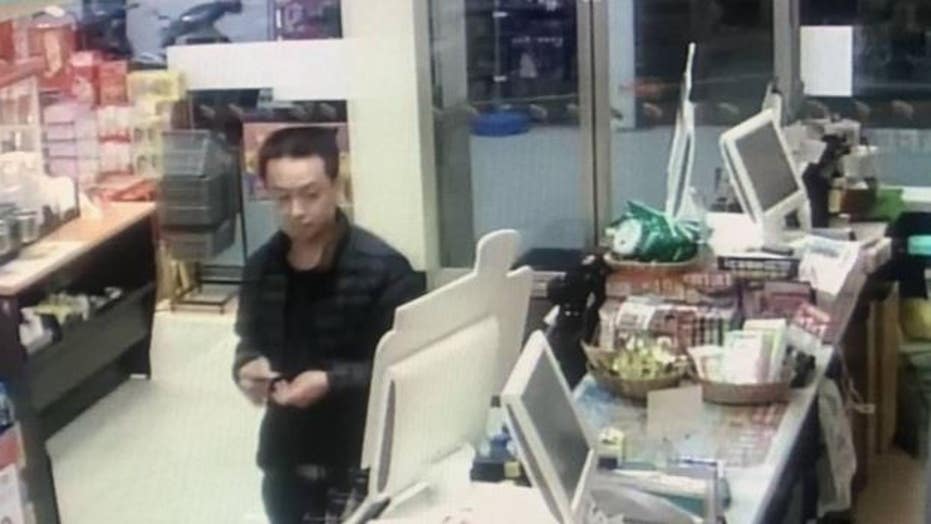 Taiwanese police are searching for a suspect in the gruesome murder of a Chinese-Malaysian woman whose dismembered body turned up Saturday in northern Taiwan, according to reports.

The Taipei Police Department received a report on Jan. 6 regarding the disappearance of the 26-year-old woman named Teng, Taiwan News reported.

Police searched the woman’s unoccupied apartment in the Wanhua District of Taipei.

Surveillance from a convenience store showing a suspect in the disappearance and murder of a Chinese-Malaysian woman. (Taipei Police Department)

Police tracked Lin’s movements, which led them to a wooded area of Keelung – about 15 miles northeast of Taipei – where they found Teng’s remains, Taiwan News reported.

Local media reported that the officers found the body dismembered, wrapped in cotton quilts and placed inside two cardboard boxes.

Taipei police told reporters Sunday that Lin was a prime suspect in the case and has gone into hiding, Focus Taiwan reported.

They said he likely was hiding somewhere in New Taipei City, Taipei City or Keelung.