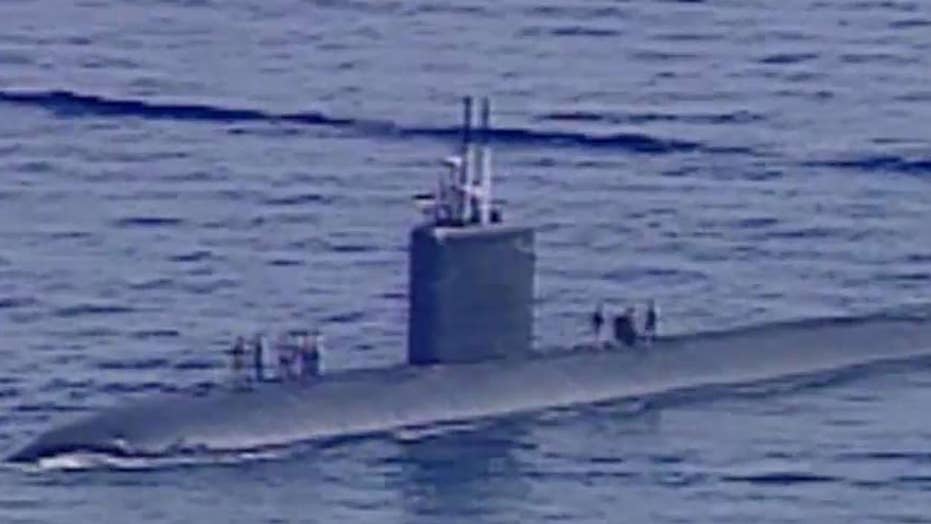 U.S. officials say hackers targeted a Navy contractor and stole a massive amount of sensitive data on undersea warfare from his computers.

A series of cyberattacks sponsored by Chinese government hackers earlier this year infiltrated the computers of a U.S. Navy contractor, allowing a large amount of highly-sensitive data on undersea warfare to reportedly be stolen.

The breaches, which took place in January and February, included leaked plans to develop a supersonic anti-ship missile for use on U.S. Navy submarines, U.S. officials told the Washington Post.

A contractor who works for the Naval Undersea Warfare Center in Newport, R.I. -- a research and development center for submarines and underwater weaponry -- was the target of the hackers, the Post reported.

While the unnamed officials did not identify the contractor, they told the newspaper that a total of 614 gigabytes of material was taken.

Included in that data was information about a secret project known as Sea Dragon, in addition to signals and sensor data and the Navy submarine development unit’s electronic warfare library. The Washington Post said it agreed to withhold some details of what was stolen at the request of the U.S. Navy over fears it could compromise national security.

A Navy spokesman told Fox News in a statement the service branch will not comment on specific incidents, but cyber threats are "serious matters" officials are working to "continuously" bolster awareness of.

"There are measures in place that require companies to notify the government when a cyber incident has occurred that has actual or potential adverse effects on their networks that contain controlled unclassified information," Cmdr. Bill Speaks said. "It would be inappropriate to discuss further details at this time."

"We treat the broader issue of cyber intrusion against our contractors very seriously," Speaks told Fox News. "If such an intrusion were to occur, the appropriate parties would be looking at the specific incident, taking measures to protect current info, and mitigating the impacts that might result from any information that might have been compromised.”

The Pentagon disinvited China last month from military exercises because of its “militarization” of the South China Sea area, as the Communist country has continued to show military muscle.