China's ambassador to the United States took a swipe at President Trump on Tuesday, calling him and others out for politicizing the COVID-19 crisis.

The ambassador also defended China's response and handling of the disease, which has drawn condemnation from Trump, the State Department as well as other top U.S. officials.

"So little attention is paid to the views of the scientists as some politicians are so preoccupied in their efforts for stigmatization, for groundless accusations," he said. 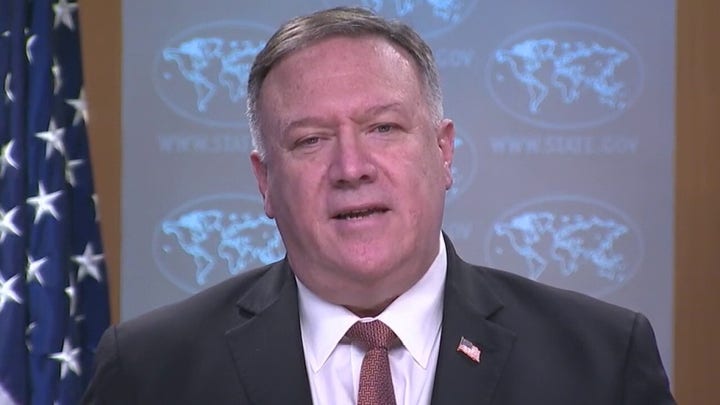 Cui also piled on the U.S. media, accusing outlets of spreading speculation and reporting stories based on rumors.

Tensions between the United States and China have been simmering in recent weeks over the origin of the novel coronavirus as well as alleged Chinese coverups and shifting timelines.

“I think I should be hoping for more than just a pause in tensions, but really a serious rethinking of the very foundations of this important relationship,” Cui said.

In March, the State Department called Cui to its offices to protest comments made by China's foreign ministry spokesman Zhao Lijian, who in a series of tweets suggested the virus may have been spread intentionally by the U.S. military.

"China is seeking to deflect criticism for its role in starting a global pandemic and not telling the world," a State Department spokesperson said at the time. "Spreading conspiracy theories is dangerous and ridiculous. We wanted to put the government on notice we won't tolerate it for the good of the Chinese people and the world."

Trump and his closest allies have also taken their share of potshots at China, with some falsely pushing the narrative that the coronavirus was created in a Wuhan lab as a bioweapon.

More recently, Trump has pulled funding from the World Health Organization and claimed the global group was too China-centric.