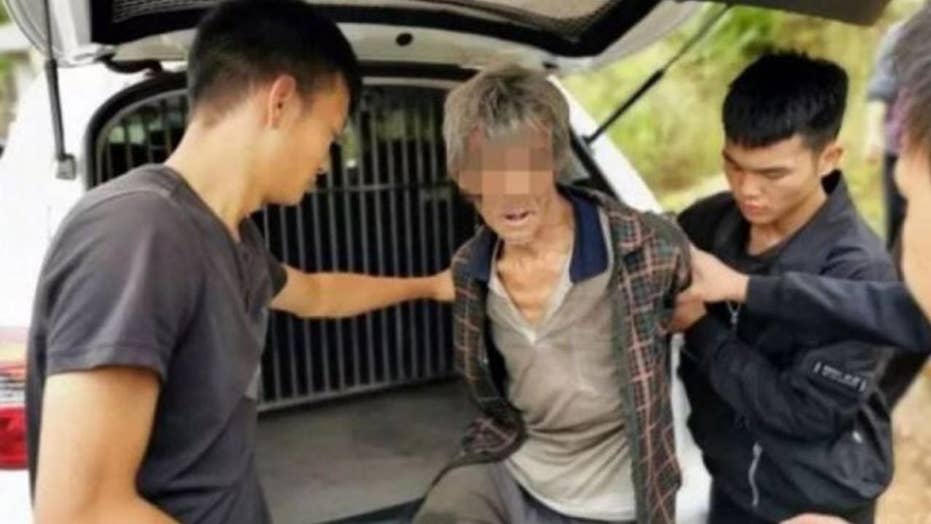 Authorities have not seen Song Jiang for nearly two decades. Incarcerated on a human trafficking conviction, Jiang managed to break out of a prison camp. He stayed hidden for 17 years until a police drone spotted household trash near a cave Jiang lived in.

Chinese police found a fugitive human trafficker’s cave hideout with drones and arrested the man after he'd spent 17 years on the lam.

Song Jiang, 63, escaped in 2002 from a prison camp where he was being held for trafficking women and children, according to reports. His capture was announced Friday by Yongshan police.

The drones spotted household rubbish strewn around the cave where Song JIang was found hiding after 17 years on the lam. (Yongshan Police )

Jiang had been living in a tiny cave cut off from human interaction for years, the BBC reported.

But in a search police drones spotted a blue-colored steel tile on a steep cliff and household trash that was strewn nearby, according to the BBC.

Yongshan Police trekked to the spot on foot and found Jiang on Sept. 19, Sky News reported.

He had been in seclusion in the mountains behind his hometown in Yunnan Province for so long that it was difficult for him to communicate with officers, the news outlet reported.

Police deployed the drones after getting a tip about Jiang’s whereabouts.