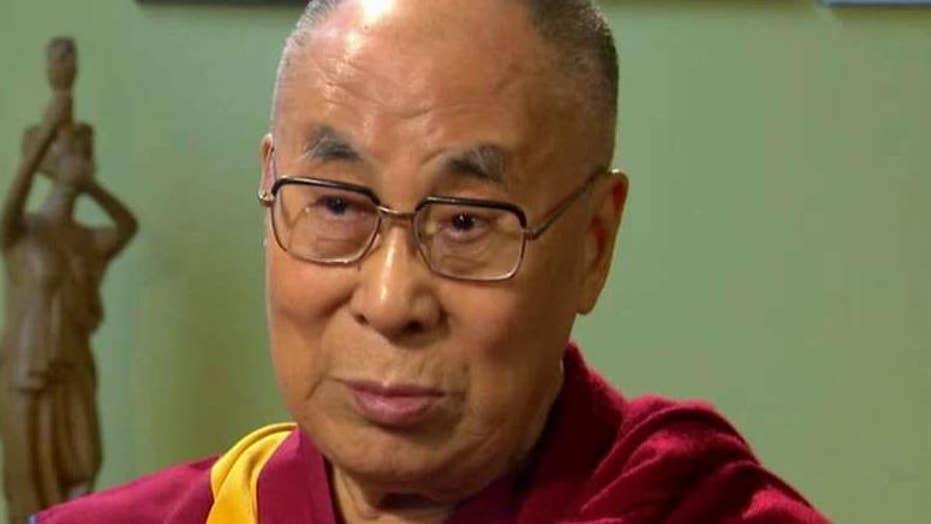 In addition to cracking down on religious freedom for millions of Christians and Uighur Muslims, China also is angering Buddhists around the world for trying to interfere with the succession of the next Dalai Lama.

With the 14th Dalai Lama, 84-year-old Tenzin Gyatso, Tibet's exiled spiritual leader living in India and advancing in age, the religious ritual for picking His Holiness's successor has been highly politicized. The Chinese foreign ministry declared in 2011 that only the government in Beijing can appoint the next Dalai Lama and no other succession candidate would be given any recognition.

US RELIGIOUS FREEDOM AMBASSADOR: CHINA SPEARHEADING THE FUTURE OF OPPRESSION

Senate Foreign Relations Committee Chairman Jim Risch, R-Idaho slammed the Chinese Communist Party (CCP) for "seeking to interfere in the succession of the next Dalai Lama, which would undermine the religious freedoms of Buddhist practitioners around the world."

Risch said China is one of the most "egregious cases" of nations denying a citizen's basic freedom to practice one's religion, following the State Department's release of its annual International Religious Freedom Report.

"The Chinese Communist Party (CCP) targets all religions," Risch said in a statement Wednesday. "From destroying Christian houses of worship, to imprisoning millions of Uyghur Muslims, the CCP goes to great lengths to silence religious groups."

Matteo Mecacci, president of the International Campaign for Tibet (ICT), told Fox News: “If China is able to control the succession of the Dalai Lama, then there will be no stopping the Chinese Communist Party’s war on religion."

"This is unconscionable and absurd, considering that the CCP and the Chinese leadership proclaim to be atheist, but at the same time want to determine who the next Dalai Lama, the most respected and admired Buddhist spiritual leader in the world, will be," Mecacci, a former member of parliament from Italy, said.

In this photo taken May 23, 2019, and released by the U.S. Embassy in Beijing, U.S. Ambassador to China Terry Branstad, left, speaks with a monk at the Jokhang Temple in Lhasa in western China's Tibet Autonomous Region. The U.S. ambassador to China urged Beijing to engage in substantive dialogue with exiled Tibetan Buddhist leader the Dalai Lama during a visit to the Himalayan region over the past week, the Embassy said Saturday. (U.S. Mission to China via AP)

"It would be like having the next Pope selected by the Cuban government," he explained. "And for the Chinese government, the goal is clear and is to totally control and oppress freedom of religion for all Tibetan Buddhists, not only in Tibet but worldwide."

Mecacci's organization is urging the Senate to pass the Tibetan Policy and Support Act introduced by Sens. Marco Rubio, R-Fla., and Ben Cardin, D-Md., so President Trump can sign it, "not only for the sake of Tibetans and Tibetan Buddhists but for all people of faith here in the United States and around the world."

The bill would sanction any Chinese officials who try to appoint their own Dalai Lama in the future. Senior Buddhist priests, representing all schools of Tibetan Buddhism, unanimously endorsed the Dalai Lama's sole authority to choose his successor at a conference in November 2019.

“The authority of decision concerning the way and manner in which the next reincarnation of the 14th Dalai Lama should appear solely rests with His Holiness the 14th Dalai Lama himself,” the three-point resolution says. “If the government of the People’s Republic of China for political ends chooses a candidate for the Dalai Lama, the Tibetan people will not recognize and respect that candidate.”