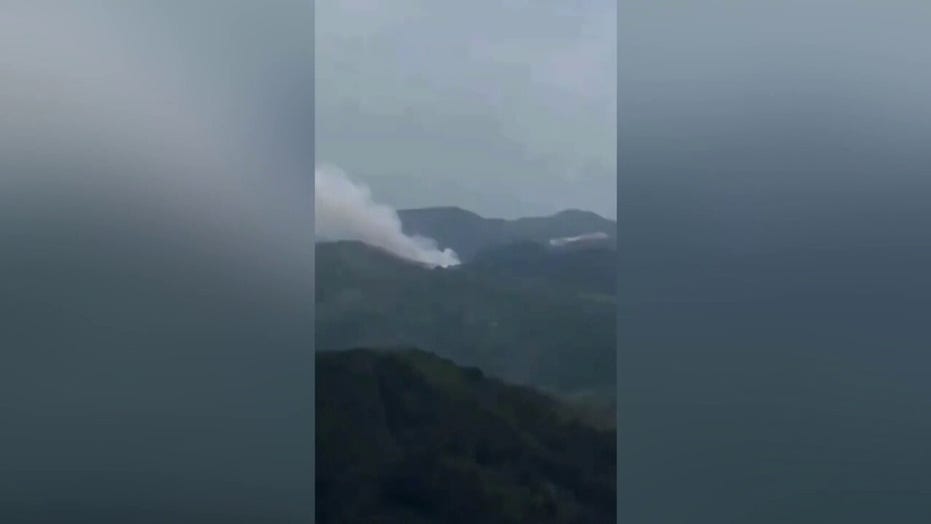 A firefighting department official reported there was no sign of life at the crash site, Reuters reported citing state media.

The flight, No. 5735, had been traveling at around 30,000 feet when the plane entered a deep dive at its cruising altitude speed of 523 mph, according to data from flight-tracking website FlightRadar24.com. The data suggests the plane crashed within a minute and a half of whatever went wrong.

The plane had disintegrated, according to Chinese media, and caused bamboo trees to ignite. The cause of the crash has not been determined.

PLANE CRASHES IN TEXAS FIELD WITH 21 ON BOARD, INVESTIGATION UNDERWAY

This screen grab taken from video from The Paper and received via AFPTV on March 21, 2022 shows ambulances turning off onto a side road upon arrival after a China Eastern reportedly crashed in Teng County in Wuzhou City, Guangxi province. - The China Eastern passenger jet carrying 132 people "crashed" in southwest China, the state flight regulator confirmed on March 21, with the number of casualties unknown according to the country's state broadcaster. (Photo by STR/AFPTV/AFP via Getty Images)

The plane was carrying 123 passengers and nine crew members, according to the Civil Aviation Administration of China. The crash occurred near the city of Wuzhou in Teng county. The flight was traveling from the Kunming Wujiaba International Airport in the western province of Yunnan to the industrial center of Guangzhou along the east coast, according to a statement from the CAAC.

Chinese President Xi Jinping said he was "shocked" by the crash and has ordered an investigation.

Videos on social media show the fiery crash site. Satellite data from NASA also showed a massive fire where the flight went down.

Chicago-based Boeing Co. said it was aware of the initial reports of the crash and was "working to gather more information."

Boeing delivered that aircraft to China Eastern in June 2015. It had been flying for more than six years.

The 737-800 model is known to have a good safety record, while experts have weighed in that China's aviation department has "rigid safety standards."

"The CAAC has very rigid safety regulations and we will just need to wait for more details to help shed light on the plausible cause of the accident," Shukor Yusof, head of Malaysia-based aviation consultancy Endau Analytics, said according to Reuters.

China’s last deadly crash of a civilian jetliner was in 2010. Forty-four of 96 people on board were killed.

China's worst-ever air disaster occurred in 1994 when a China Northwest Airlines crashed and killed all 160 people on board.