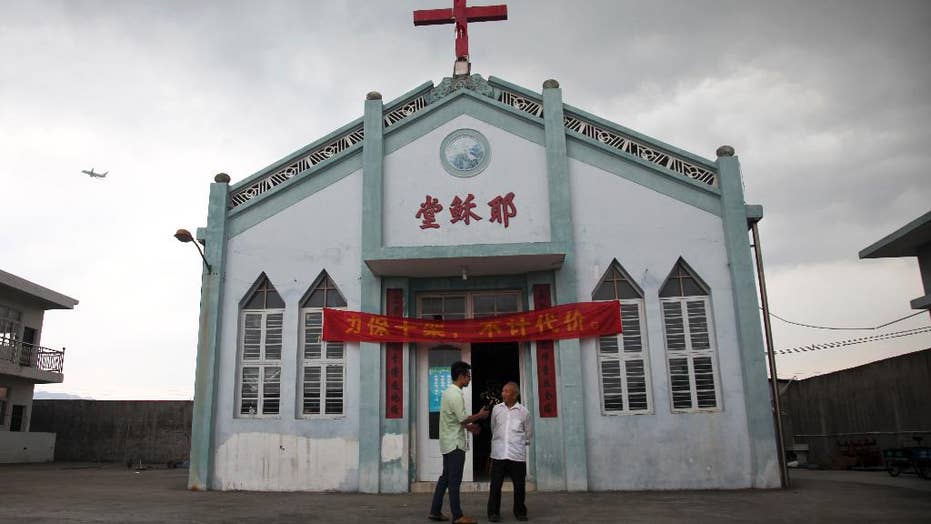 Despite being under fire for its handling of the coronavirus pandemic outbreak, China's Communist government continues its crackdown on Christianity.

In March, Chinese Communist officials removed multiple crosses on churches in the eastern provinces of Jiangsu, Anhui and Shandong, claiming that religious symbols cannot physically be "higher" than the Chinese national flag, The Christian Post reports.

China continues to incur a backlash over how it responded to the coronavirus crisis. An Associated Press investigation found President Xi Jinping warned the public six days after top Chinese officials determined the country was facing a pandemic, with Wuhan at its epicenter. At the time, millions were traveling for Lunar New Year celebrations.

“The government does not provide enough help during the epidemic but instead demolishes crosses,” a local believer told Bitter Winter, a religious liberty magazine.

Tearing down crosses continues the government's "sinicization" campaign. Government officials have told church leaders they removed the crosses because they "were too eye-catching" and would "attract people into the churches."

Evangelist Franklin Graham said the "officials don’t realize that the health crisis of COVID-19 is driving people to seek God and to call on Him for help" in a tweet Friday.

"Removing the crosses won’t change the truth of the message of the Cross & the power of Jesus Christ to transform lives & save souls for eternity," Graham, the president and CEO of Samaritan's Purse, added. "Remember to lift up in prayer our brothers & sisters in Christ around the world who suffer persecution and oppression every day."

In February, Chinese officials removed a cross from a government-approved Three-Self church in Hexi village, which had canceled all gatherings due to COVID-19.

Pastor Jian Zhu, director of the China Institute at Lincoln Christian University in Illinois, warns that China's persecution against house churches is the worst he's seen in decades: Neighbors are asked to spy on one another, and teachers and students are having to sign statements denouncing the faith.

“Now, they are trying to eliminate Christianity from public life,” Zhu explains. “Cameras are all over to watch church and Christians go to Sunday service. Families are threatened to not go to church, or they will be punished or their relatives could be in trouble.”

China continues to rank as one of the worst persecutors of Christians and other religious minorities, according to watchdog groups.