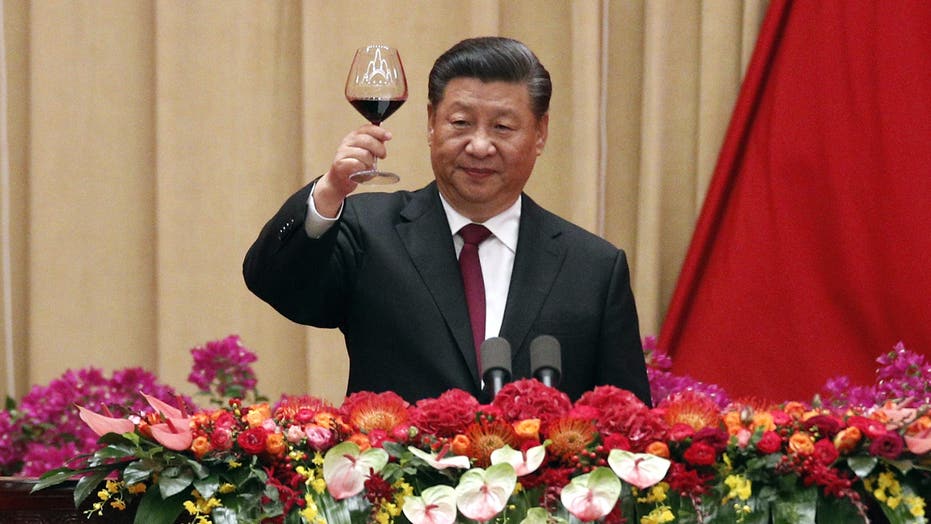 China has released new  "morality guidelines," the first set since 2001, that its citizens are expected to adhere to for "comprehensive social progress and overall development of people," according to the communist government.

The guidelines are intended to bolster party support and patriotism and include items such as "actively practice the green production lifestyle," "strengthen the construction of online content" and carry out "good social customs" while traveling and in public places, per the outline.

The document, titled the "Outline for the Implementation of the Moral Construction of Citizens in the New Era," was released ahead of the ruling Communist Party's closed-door meeting to discuss policies, which started Monday and will end Thursday. They are driven by "Marxist, socialist and communist morality" and instruct citizens on how to behave properly in all aspects of life, the government said.

The guidelines are driven by President Xi Jinping's agenda in solidifying himself as the strongest central figure in China.

"Guided by Xi Jinping's new era of socialism with Chinese characteristics, we should focus on carrying out great struggles, building great projects, advancing great undertakings, realizing great dreams and building Chinese spirit, Chinese values, and Chinese power to promote the ideals and beliefs of all people," the outline said.

Some of its "key tasks" are to "build the foundation of ideals and beliefs," "cultivate and practice the core values of socialism," "inherit the traditional virtues of China" and "carry forward the national spirit and the spirit of the times," according to the guidelines.

Notably, another tenet of the outline is to "do a good job in ethical construction of cyberspace." U.S. Defense Secretary Mark Esper has said America is watching Beijing "very carefully" in order to safeguard the nation against Chinese threats, including in cyberspace.

According to the new guidelines, China and its people have had "lofty pursuits."

"The Communist Party of China leads the people in the process of revolution, construction and reform; upholds the ideal of Marxism for a better society, inherits and carries forward the traditional virtues of China, and creates and forms a socialist moral system that leads the development and progress of Chinese society," the outline said.

"Socialism with Chinese characteristics has entered a new era, strengthening the moral construction of citizens and improving the moral level of the whole society," the guidelines added. "It is a strategic task of building a well-off society in an all-round way, and building a socialist modernization and strengthening country in an all-round way."