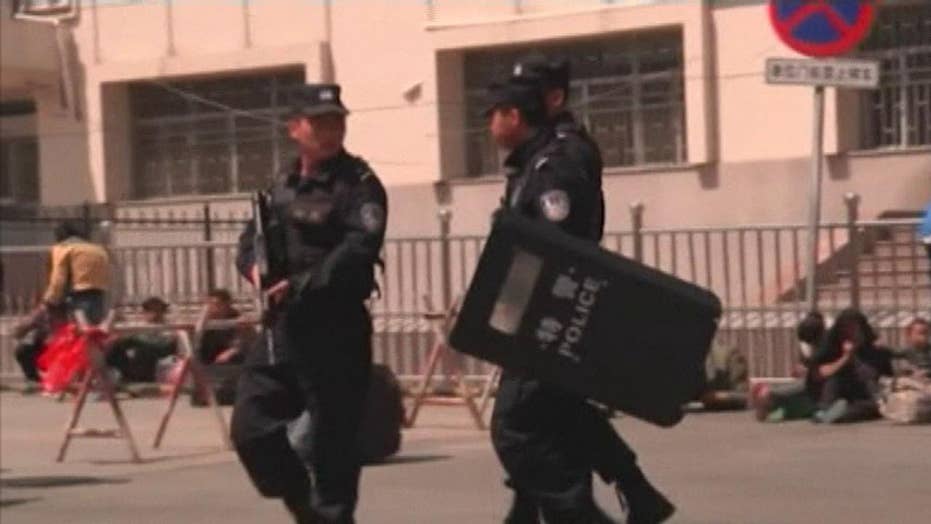 China's Communist Party appears to be restricting religious freedom by cracking down on Christian funerals, in one case arresting a family member mid-service, according to a watchdog group.

The news comes as even more regulations against religion, requiring complete devotion to the Chinese Communist Party, go into effect Saturday.

"China is resurrecting the 'God as the government state,' and we're all threatened by it -- atheists, Jews, Christians -- everyone," David Curry, the president and CEO of Open Doors USA, told Fox News.

WUHAN, CHINA PASTOR PENS LETTER ON HOW 'THE CHURCH SHOULD FACE' CORONAVIRUS OUTBREAK

A grieving daughter who is part of the church was arrested in Wuhan, the capital of the province of Hubei where the coronavirus was first detected, while her family was planning her mother's funeral in October. She was reportedly released two days later, only after the funeral -- which prohibited any Christian customs or rituals the family requested -- had been held.

“When my father died, village officials threatened to arrest us if we didn’t conduct a secular funeral,” a villager in Henan told Bitter Winter, a magazine covering religious liberty and human rights in China. “We did not dare to go against them. My father had been a believer for several decades. He is persecuted even after death.”

Government officials and policemen accused churchgoers of spreading "religious propaganda" for planning a religious funeral for a well-known preacher in the region.

“Officials said that state laws prohibit religious funerals," a Three-Self church member said. "We even didn’t set up a cross on the tomb."

New regulations that went into effect in December in a city in Zhejiang “get rid of bad funeral customs and establish a scientific, civilized, and economical way of funerals...clerical personnel are not allowed to participate in funerals” and “no more than ten family members of the deceased are allowed to read scriptures or sing hymns in a low voice."