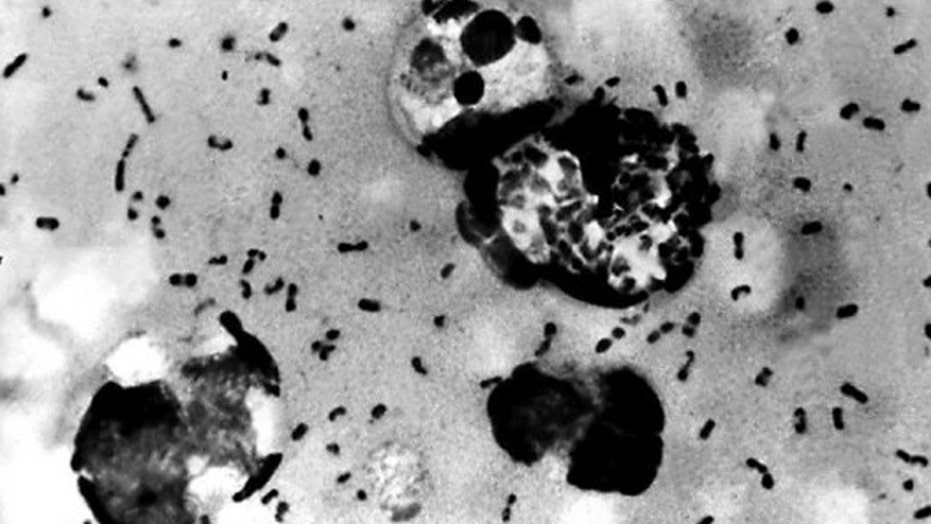 Health officials in China have reported a suspected case of the bubonic plague in the Inner Mongolia Autonomous Region, a second infectious threat that comes as the country battles the coronavirus pandemic.

The case triggered a level-three alert Sunday in the Bayannur district. Health officials released a statement ordering residents not to hunt wild animals, such as rodents like marmots, and to report anyone with fever or showing other possible signs of infection.

A herdsman contracted the disease and is being treated at a hospital in stable condition, the BBC reported, citing state reports. While occasional cases are still reported among hunters encountering fleas carrying the bacterium, it is unknown how the man became infected.

Bubonic plague bacteria in a photo obtained on Jan. 15, 2003 from the Centers for Disease Control and Prevention. (CDC/AFP/File)

Known as the “Black Death,” bubonic plague can be fatal in up to 90 percent of people infected if not treated, primarily with several types of antibiotics. An outbreak in the Middle Ages killed millions of people.

Pneumonic plague can develop from bubonic plague and results in a severe lung infection causing shortness of breath, headache and coughing.

China has largely eradicated plague, but occasional cases are still reported. Inner Mongolia reported four cases of bubonic plague in November, according to Bloomberg, while Mongolia, a country that borders the Chinese autonomous region, reported two cases earlier this month.

The last major known outbreak in China was in 2009, when several people died in the town of Ziketan in Qinghai province on the Tibetan Plateau.

Along with the coronavirus, first detected in the central Chinese city of Wuhan late last year, China has dealt with African swine fever, which has devastated pig herds.

China has gone weeks without reporting a new death from the coronavirus, and on Monday reported just one new case of local infection in the capital, Beijing.