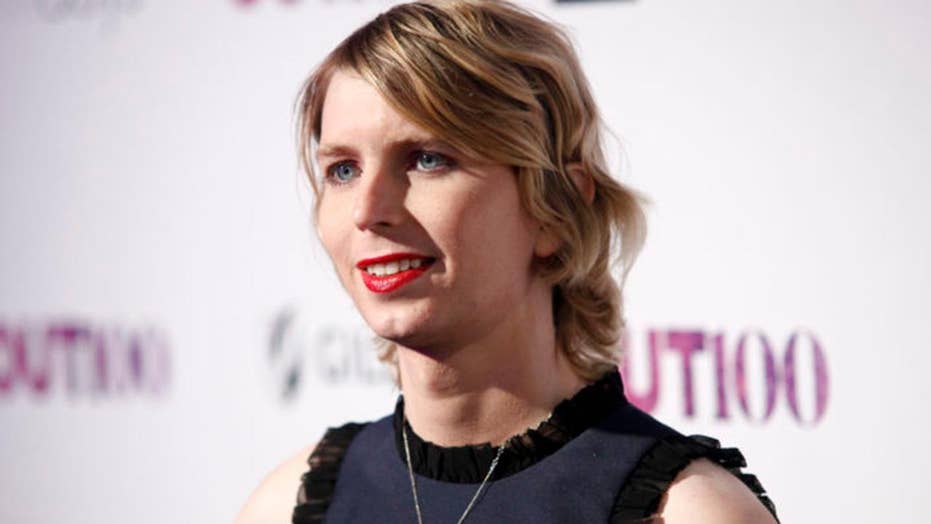 Convicted leaker Chelsea Manning may be out of a military prison, but she said Monday her newfound freedom feels anything but free.

As part of her first public appearance in the United Kingdom, Manning spoke at the Royal Institution in London on a variety of topics, including President Trump and how "drastically different" the world is, according to The Guardian.

“This whole notion that you get out of prison and you are free now turned out to be a bit of a downer in that sense," she said Monday. "Because what happened, we really built this large, big prison, which is the United States, in the meantime – it was already happening, it just really intensified.

Manning said the "surveillance systems, the cameras, or the police presence," have made the U.S. seem less free.

"You think about the fact that we have walls around our country, and that is very much the same thing that is inside a prison," she told a crowd Monday. "I see a lot of similarities between the world out here and the world that was in there.”

Chelsea Manning says the "surveillance systems, the cameras, or the police presence," have made the U.S. seem less free. (AP)

Manning's appearance in London comes a month after she was allowed to enter New Zealand on a speaking tour after being barred from Australia.

CONVICTED LEAKER CHELSEA MANNING TO BE BARRED FROM ENTERING AUSTRALIA

The Australian government sent Manning’s team a notice of intention to deny the convicted leaker's entry for an event. All non-citizens visiting Australia must fall under the character requirements put out by the Migration Act. Anyone can be denied if they fail the character test.

Manning, 30, acknowledged leaking more than 700,000 military and State Department documents to anti-secrecy site WikiLeaks in 2010. Known as Bradley Manning at the time of her arrest, she came out as transgender after her 2013 court-martial. She was later sentenced to 35 years in prison after she was found guilty of leaking the military and diplomatic documents.

Manning served seven years in prison before her sentence was commuted in 2017 by then-President Barack Obama. She recently lost a Democratic primary in a long-shot bid for a U.S. Senate seat in Maryland.

​​​​​​​Fox News' Katherine Lam and the Associated Press contributed to this report.