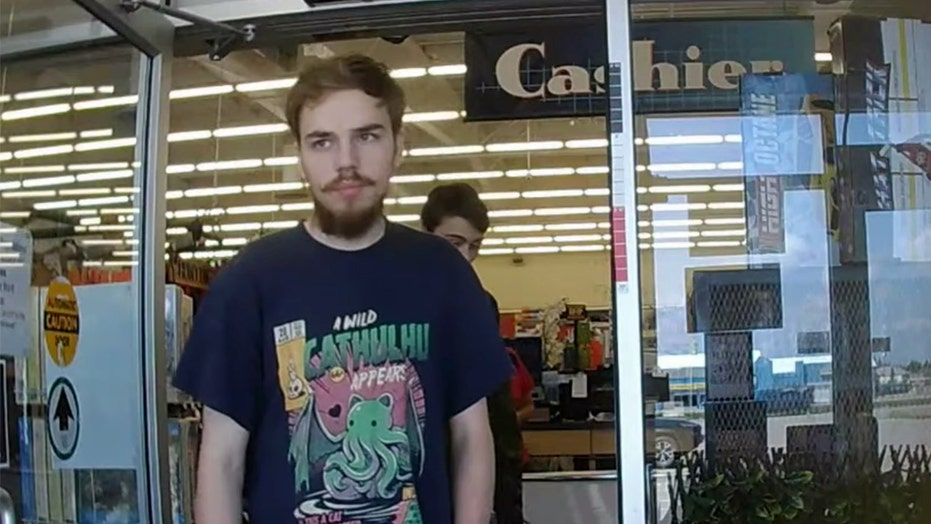 Canadian police have released surveillance footage showing two men suspected of killing three people -- including an American tourist and her Australian boyfriend -- walking around a hardware store on Sunday after the murders.

The video, posted to the Manitoba Royal Canadian Mounted Police's official Twitter account on Friday, showed Kam McLeod and Bryer Schmegelsky walking in the "Seasonal" aisle of a hardware store in Meadow Lake, Saskatchewan, and then leaving the business soon after.

Police scouring the areas in and around the small town of Gillam in northern Manitoba have been searching for the two men since July 15, when they discovered the bodies of 23-year-old Australian Lucas Fowler and his American girlfriend, Chynna Deese, 24, along the side of the Alaska Highway near Liard Hot Springs, British Columbia. The couple had been shot to death.

McLeod and Schmegelsky, natives of Port Alberni, British Columbia, were initially listed as missing persons after their truck was found on July 19. While authorities were investigating the burning truck, they discovered a body nearby. RCMP identified the third body on Wednesday as that of Leonard Dyck, a Vancouver man who they believe was also killed by the two elusive suspects.

Investigators said they would be going door to door in the Town of Gillam and Fox Lake Cree Nation, according to a statement by the RCMP. But it's also possible, the statement said, that "the suspects may have inadvertently received assistance in leaving the area." They did emphasize that there have been no confirmed sightings of  McLeod, 19, and Schmegelsky, 18, outside of Gillam.

"Kam McLeod and Bryer Schmegelsky may have changed their appearance. It is possible that someone may not have been aware of who they were providing assistance to, and may now be hesitant to come forward," the statement said. "I want to reiterate the importance of contacting police immediately."